Lucas Till is an American T.V and film actor of 'X-Men: First Class (2011). He is currently single.

Handsome and sexy, Lucas is an unmarried person and is currently single. He has been in a relationship with a number of women in past including Carlson Young in 2012, with Kayslee Collins (2010), and with Debby Ryan in 2010. He is not associated with divorce case yet. 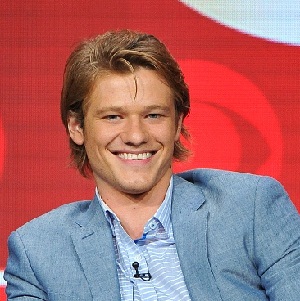 Quick Facts of Lucas Till

I'm sure there are some haters out there, but I just put my blinders on

I'm a huge video gamer, sometimes a little too much. I'll shut myself in my room just so I can play video games all day and I end up neglecting my friends

I learned how to make an endoscope using a Swiss Army Knife, a cell phone camera, cell phone, and chewing gum.

Relationship Facts of Lucas Till

Who is Lucas Till?

Lucas Till is an American T.V and film actor. He is extremely prominent for ‘X-Men: First Class’ (2011) for which he was nominated for ‘Teen Choice Award’ in the category of ‘Choice Movie Chemistry’. He is a hardworking person and has made recognizable position in American entertainment field.

Lucas was born to Dana Lyn and John Mark Till on August 10, 1990, in Fort Hood, Texas, U.S.A. His nationality is American and belongs to North American ethnicity.

He was raised up with his parents in a friendly and entertaining environment. As a young boy, he was interested in the acting field and used to act and caricature.

Concerning about his educational background, he attended Kell High School and graduated from there.

Lucas Till: Professional Life and Career

Lucas started his career at the age of 10 and started in appearing in different advertisement and adds. He made his professional debut in acting in 2003 short film “The Lovesong of Edwerd J. Robble” as ‘Michael’. Because of the low rated film, he didn’t get so much recognition and also appeared in other low rated movies including “The Adventures of Ociee Nash” and “Pee Shy”.

Lucas Till: Salary and Net Worth

Lucas Till has the net worth of $2 million as of 2022. Furthermore, there is no information about his salary.

Lucas Till: Rumors and Controversy

Lucas often used to a topic of rumors because of his on and off relationship status; however, he is not associated with any desperate rumors yet. Also, he hasn’t been a part of controversy yet.

Lucas Till: Description To Body Measurement

Lucas TIll has the height of 5 feet 9 inches. His body weighs 61kg. He has dyed brown hair and blue eyes.

Lucas Till; grand entry in Hollywood; been in relation with the famous and beautiful women!!! Past relationship, Career