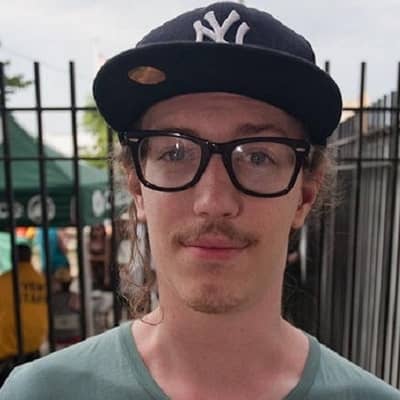 Buscemi prefers to keep his personal life confidential, but details about his love life are under review. It is not known if he is married, dating, or has children. However, this information will be disclosed as soon as it becomes available.

Who is Lucian Buscemi?

Lucian Buscemi is a producer, director, actor, and American musician. He’s even best known as the son of a famous Hollywood star, Steve Buscemi. The younger Buscemi has followed his father’s footsteps and is developing a promising career in Showbiz.

Lucian was born in New York on June 30, 1990. He had a family of entertainers, his father, Steve Buscemi, and his mother, Jo Andres. Steven is an American actor, director, editor, and producer known for a variety of popular films, including Parting Glances, New York Stories. His grandparents were Dorothy Buscemi and John Buscemi. His mother Andres died on 6 January 2019, at the age of 64, after having encapsulated peritoneal sclerosis, a rare intestinal disorder.

Andres is known for her film/dance/light show at the Performing Garage, La Mama Experimental Theater Club P.S., on the cinematic downtown New York scene in the 1980s. 122, St. Marks Danspace, and the Working Cinema Collective. As a filmmaker, Andres received awards for the 1996 film Black Kites, which screened on PBS and hosted many film festivals, including Sundance, Berlin, Toronto, London, and the Human Rights Watch Film Festival.

Lucian Buscemi is his parents’ only child. He holds the American nationality, his ethnicity is Caucasian. Buscemi grew up in Park Slope, Brooklyn, and started to play music at an early age. He fell in love with various punk/rock artists, such as The Clash and The Ramones, and he aspired to be a child musician.

His education details are not available.

At the age of 15, Buscemi collaborated with two of his friends, Jonathan Edelsten (guitar/vocalist) and Julian Bennett Holmes (drums), to form a band known as Fiasco. The band specializes in heavy rock punk, noise rock, and math rock.

The band Fiasco released their debut album, God Loves Fiasco, on June 24, 2007. The album featured a total of 23 songs, including Hot House, Fed Up, Stop That, Sir Gentlemen, Nothing To Lose, and received favorable feedback from a variety of industry sources. Following this amazing debut, Lucian Buscemi and his bandmates went on to record other albums, including Native Canadians, Fabulous Bozo FP, and Sinus Rhythm Breakdown.

They also embarked on national and international concert tours prior to the declaration of an indefinite hiatus in July 2012. Since then, Buscemi has diversified into acting, including films such as Sal, Interview, Tree Lounges, The Sopranos and 4:44 Last Day on Earth. He has contributed to the soundtracks of many Hollywood films.

Up to this date he hasn’t won or nominated for any Awards, Maybe in the future, he will be successful as his father and mother.

Lucian is a multi-talented American author, writer, director, and actor. It is believed he has a net worth of US$5 million. In addition, the estimated net worth of his father is $35 million.

Talking about controversies and rumors Lucian likes to keep his personal life under the rugs therefore there is no rumors or gossip about him.

He stands at a height of 5ft 8 inches (1.72 m) tall. He weighs around 143 lbs, (65 kg). Lucian has dark brown hair and hazel brown eyes.  Right now his other body measurements are not available.

Unfortunately, Lucian is not active on social media. It is quite surprising that being a celebrity kid he has no verified social media account.