Luciana and her family are currently quarantining in Ireland, staying in the idyllic coastal Dublin suburb of Dalkey with his three young children. The family recently revealed that his oldest daughter just recovered from the coronavirus while at college in New York City. 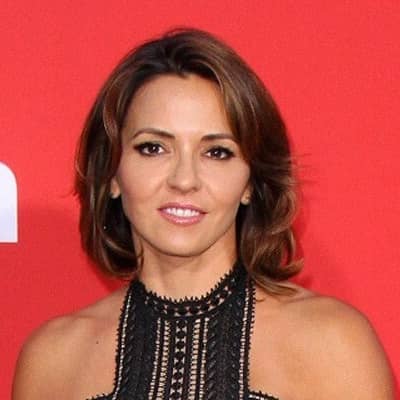 What is the relationship of Luciana Barroso?

Luciana Barroso is married to a popular actor, Matt Damon.

In April 2003, Matt was in Miami, shooting for his film, ‘Stuck on You’. While still working on the film, Matt visited the Crowbar.

He met Lucianna in the bar and was they both shared a magical vibe that turns into a beautiful relationship.

Luciana and Matt got engaged in September 2005 and on December 9, 2005, they got married. Their wedding was a low-key affair as the couple did not want unnecessary attention. They exchanged rings in a private yet beautiful civil ceremony at the Manhattan Marriage Bureau.

At the time, Luciana was three months pregnant with the couple’s first child, Isabella Damon born in 2006.

The couple’s first ceremony was low-key, but their vow renewal in 2013 was big enough. They have their celebration in the entire luxury hotel in Saint Lucia. The couple welcomed their second child Gia Zavala Damon in 2008, and Stella Damon in 2010.

Before her relationship with Matt, Luciana was married to Arbello Barroso. The couple gets separated in the year 2004. They also have a daughter together, Alexia Barroso in 1998.

Alexia now resides with Luciana and Matt. Arbelo and Luciana maintain a great relationship with each other after their separation.

Who is Luciana Barroso?

Luciana Barroso is famous for being the wife of Hollywood star, Matt Damon. Before, she was an air hostess.

She attends different events and programs with her husband and is a part of the limelight now.

Luciana Barroso was born on July 31, 1976, in Salta, Argentina. She is about 45 years old. Her birth name is Luciana Bozan. Her mother was a housekeeper and her father was an insurance agent.
Though their names are not revealed. She was raised by her grandmother after her parents got divorced right after her birth.
Luciana’s grandparents were originally from Italy. However, they made Argentina their home, for they felt they could lead a better life there.
She holds Argentine nationality and is of Galician and Portuguese ethnicity.

Luciana Barroso was very passionate about arts and literature. She has her education in Arts from a local college. She has her graduation from Argentina university.

During her teenage years, she dreamed of becoming an artist though it wasn’t made for her future.

Talking about her professional career, she used to work as an air hostess. And before she met Matt, she was working as a bartender at Crowbar in Miami. Though there is not much information about her career now. She is currently a stay-at-home mum and takes care of her children and helps Matt to manage his work.

Luciana Barroso came into the limelight after her relationship with her husband, Hollywood star, Matt Damon.

She has always managed to keep a very low profile. She is seen on media and has an appearance on different movie premieres and events with Matt.

Before, Luciana and Matt tried to settle in New York but failed to acquire a house in New York. They decided to move the family to Los Angeles. This made them closer to Matt and Luciana’s friends. It also facilitated the start of Matt Damon and Ben Affleck’s production company, Pearl Street Films.

In 2018, Matt and Luciana moved their family to Australia. They wanted to escape the constant scrutiny in Los Angeles. Matt also said as he needs a different environment to deal with the loss of his father.

Luciana Barroso’s net worth is $5 million as of 2022. Though she and her family have a great lifestyle. Her husband is a popular actor with a net worth of $160 million.

He has also found different financial success with Good Will Hunting, grossing around $630 million to $108 million budget and earned Damon a Golden Globe award and a Best Actor nomination at the Oscars.

There were different rumors in 2017 about the separation between Luciana and Matt. It was because of the drama surrounding Matt’s friend, Ben Affleck.

The rumors also emerged after they were photographed outside a therapist’s office. However, later emerged it was known that visits to the therapist were intended to help Matt through his father’s illness.

Also, get to know about Sophie Bennett, Paul DiGiovanni, and Tommy Mottola.