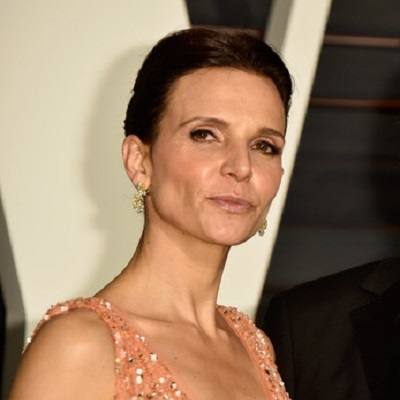 Luciana Pedraza is happily married to the actor, Robert Duvall. The couple first met in 1996 while he was in a bakery in Argentina.

Later, they got married in 2005. Since then, she has been leading a happily married life with each other.

Who is Luciana Pedraza?

Argentine Luciana Pedraza is a former actress and director. She is renowned as Manuela of the movie, Assassination Tango.

Currently, she runs The Robert Duvall Children’s Funds to help children under the poverty line.

Luciana Pedraza was born 5th of January 1972, Argentine Northwest, Salta, Argentina. She is of Spanish ethnicity with British, Italian, and Irish roots.

Her father, Pedraza Ferrari Pedraza is the son of Susana Ferrari Billinghurst. Luciana’s grandmother, Susana was an aviator by profession. Also, she happens to be the first woman in South America to obtain a pilot’s license. Also, she was a direct descendant of Henry III of England.

She was raised along with her sibling in the province of Jujuy. She is the eldest among her five sisters.

Moving towards her academics, she is a graduate of the University of Buenos Aires. From the university, she earned a master’s degree with Honors in Business Administration and minored in English literature.

In 2002, she made her acting debut with the movie, Assassination Tango (2002). In the movie, she shared the screen with her future husband, Robert Duvall. Also, the movie was written, produced, and directed by Robert. After the movie, she directed and wrote the documentary, Portrait of Billy Joe.

Later, in 2015, she featured the movie, Wild Horses as Samantha Payne. The movie also became the last movie in her acting career.

As of 2020, she has an estimated net worth of $10 million. The details of her current salary are not available. However, her past salary as an actress was in the range of $21k to $215k.

Her husband, Robert has an estimated net worth of $70 million. His net worth is attributed to his career as an actor, director, and producer.

She has brown eyes with brunette hair. She stands at a height of 5 feet and 7 inches and weighs around 58 kg.

As of now, she has not been through any sort of controversy and scandals. Also, she has managed to maintain distance from any type of rumors.