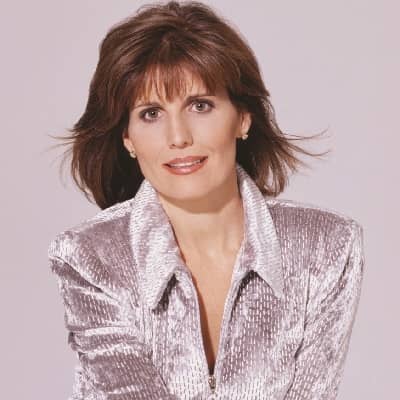 After they got divorced, they respected one another more, the love never changed, sometimes they would still hug and kiss, and then you can't help but stare.

Lucie Arnaz is a married woman. She has exchanged vows with Laurence Luckinbill on 22 June 1980. Her husband is an actor.

Before this, Lucie was married to Phil Vandervort in 1971. But their wedding ended in the year 1977.

Who is Lucie Arnaz?

Lucie Arnaz is an American actress, singer, dancer, and producer. She has appeared in movies like The Jazz Singer, Second Thoughts, etc.

Her TV shows are The Lucy Show, Fantasy Island, Murder, She Wrote, and more.

This artist was born on July 17, 1951, in Los Angeles, California. Her mother was Lucille Ball (actress) and her father’s name was Desi Arnaz (actor).

Her brother, Desi Arnaz Jr. is also an actor like her dad and mom. Lucie holds Caucasian ancestry.

Her other notable TV shows are Sons and Daughters, Bonne Nuit, Washington Mistress, Here’s Lucy, Who Gets the Friends? One More Try, The Mating Season, and many more.

She appeared in The Thought Exchange. This film was released in the year 2012 and has stars like David Friedman, Arje Shaw, and Colleen McGloin.

Besides these, Lucie was also seen in theatre acts. Her first stage act was Stage Seesaw (1974) and the latest was Pippin (2014).

As of now, she has not been surrounded by any scandals. This star is also away from rumors.

This actress has an estimated net worth is $20 million.

Talking about Lucie Arnaz’s body features, she has blue eyes and dark brown hair. In addition, she has a height of 5 ft 10 inches and has a decent body mass.

She is popular on Instagram. Her account has more than 25.2k followers. In this, she is following 266 people and has a total of over 465 posts.

Moreover, she is active on Facebook with over 45k followers, and on Twitter, she has over 3.9k followers.