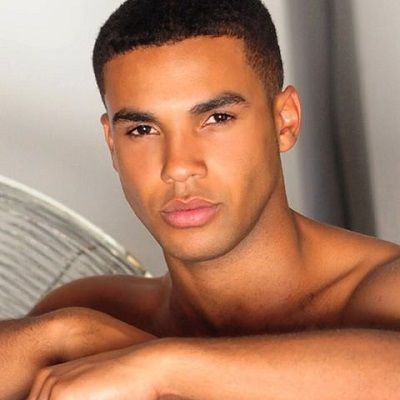 Lucien Laviscount is not a married man. He is not in a relationship at present. He is single and focusing on his career.

Previously, he was linked with Kerry Katona. There is no exact information whether they dated or not.

Who is Lucien Laviscount?

Similarly, he has played in numerous TV series as well as movies in his acting career such as Midnight Sun, Honeytrap, Clocking Off, Johnny and the Bomb, New Street Law, and so on.

He was born on 9th June 1992 in Burnley, Lancashire, England. He is the son of Eugene Laviscount (father) and Sonia Laviscount (mother).

Similarly, his parents were known to be a bodybuilder and also own gym center. He grew up with his two siblings Louis, and Jules in Ribble Valley.

Besides, he belongs to American nationality and his ethnicity is mixed(African-Antiguan and English).

Talking about his education, he attended Ribblesdale High School, Clitheroe where he honored 10 GCSEs.

When he was 10 years old, Lucien Laviscount appeared in an advertising campaign for Marks & Spencer. Similarly, he secured roles in programs such as Clocking Off and Johnny and the Bomb before becoming a series regular in BBC One series Grange Hill. He worked as religious swimmer Ben Richardson in Coronation Street.

In the year 2010, he took part in a charity football match alongside Jack McMullen, Lyndon Ogbourne, and other actors in aid of Sport Relief. Similarly, on 18 August 2011, he became a housemate on Channel 5’s Celebrity Big Brother 2011. Moreover, he lasted until the final week, finishing fifth.

In the year 2011, he also appeared as Jonah Kirby, a school pupil in the TV show Waterloo Road. Laviscount signed with SK Records in the year 2012 and released his debut single “Dance With You”.

Likewise, on 22 February 2014, it announced that he would be playing the lead role of Ennis Ross in Supernatural Bloodlines, a spin-off to the US CW show Supernatural. Furthermore, in 2015, he played a series regular role in Fox’s US horror-comedy series Scream Queens.

He was nominated for National Film Awards UK for Best Supporting Actor in Snatch.

There were rumors about Lucien and Kelly Osbourne dating. Other than that there are no rumors and controversy of Lucien.

Talking about his body measurements, Lucien Laviscount has a height of 5 feet 10 inches and his weight is around 72 Kg. Similarly, he has black hair color and dark brown color eyes.

You may also like to read Keira Knightley, Timothy Dalton, and Christopher Eccleston.