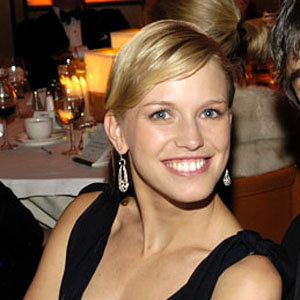 Lucinda Southworth is a married woman. As of now, she is wedded to Larry Page. Larry Page is a big name in the media and public. He is the co-founder of the Google search engine. Lucinda and Larry started dating in 2006. Afterward, they met each other and hung out several times. Finally, on December 8, 2007, they got wedded.

The ceremony took place on a private island named Necker Island in the Caribbean. The guest included many A-listed celebrities, clients, and friends. The couple shared the marital vows in an extravagant marriage ceremony, which for sure cost millions of dollars. Together, the lovebirds have two children. They were born in 2009 and 2011. Their names are not known. Currently, Lucinda and Larry live a happy married life.

Who is Lucinda Southworth?

Lucinda Southworth is a research scientist. She holds American citizenship. Notably, she is famous as the wife of Larry Page. Larry is a computer scientist who co-founded Google in 1998.

Lucinda Southworth was born in the United States of America. She was born as Lucinda Lucy Southworth on May 24, 1979. Besides her marriage with Larry Page, her life is quite secret.

Subsequently, there is no information about her early life, childhood and her ethnicity. The name of her mother is Dr. Cathy McLain. Similarly, her father’s name if Dr. Roy Southworth. While Cathy is an educational psychologist, Roy served in the World Bank.

For her education, she went to some schools. Afterward, she joined the University of Pennsylvania. Later she attended Oxford University. From there, she completed her Master’s degree. Then, she enrolled at Stanford University in 2007 to complete her Ph. D. in biomedical informatics.

Lucinda Southworth is a research scientist by profession. She worked on “Comparative Analysis of Expression on Data on Eukaryotic Organisms” as a researcher.

Although her profession is not in focus of media, Larry’s career is like an open book to the public. Larry, along with classmate Sergey Brin founded the company, Google in 1998.  There is not much information about her profession. Consequently, we cannot track many details about her career as of now.

Lucinda has an estimated net worth of around $1 billion. Her salary is not known.

Lucinda Southworth has an average height. Accordingly, she manages her weight and body figure by exercising and training. While her hair is blonde, she has light brown eyes. She does not interact too much with the public. Consequently, we don’t have any information about her body figures and other stats.