Lucky Daye is possibly single. He hasn’t yet revealed anything about his girlfriend or lover in the media. 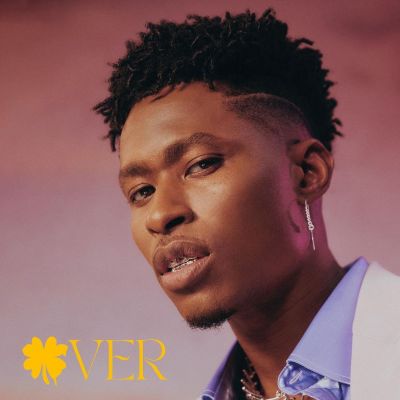 Who is Lucky Daye?

Lucky Daye is a Contemporary R&B singer and songwriter from New Orleans, Louisiana.

He is best known for his Grammy Award-nominated debut studio album, “Painted” through Keep Cool Records and RCA Records.

Lucky was born on September 25, 1985, in New Orleans, Louisiana. His birth name is David Debrandon Brown. According to his birth date, he is 36 years old. His Sun sign is Libra.

Lucky hasn’t shared anything regarding his parents. Further, he has four brothers. His education details are also under the curtains.

Further, he holds an American nationality whereas he belongs to African-American ethnicity.

Lucky relocated to Atlanta, Georgis to pursue his music career. In 2005, he competed in the fourth season of American Idol. For the auditions, he performed on Sam Cook’s song “A Change Is Gonna Come “. He competed up to the Top 20 then he was eliminated from the show. He then established himself as a songwriter and background vocalist.

In 2008, he landed credits on Keith Sweat‘s album Just Me and Ne-Yo‘s “She Got Her Own”. He wrote for Boyz II Men’s 2014 song, “Believe Us”. Similarly, he wrote for several artists’ songs such as Keke Palmer on Enemiez, Ella Mai on 10,000 Hours,” “Down, and Trey Songz on “Song Goes Off”. He also wrote two tracks from the album Strength of a Woman by Mary J. Blige. Daye has signed to Keep Cool Records and RCA Records in October 2018.

Lucky has been nominated four times at the 62nd Grammy Awards including one for Best R&B Album for his debut Painted.

Cozz lives a lavish lifestyle. He has earned an impressive amount of fortune throughout his musician profession. However, the rapper hasn’t disclosed his exact salary, earnings, and assets in the media. As of 2022, he has an estimated net worth of $900k.

Lucky has managed to maintain a clean profile. To date, he hasn’t been part of any sorts of rumors and controversy that create a huge buzz in the media.

Talking about Lucky’s physical appearance, he has a brown complexion. Likely, the singer stands at the height of 6 feet and his weight is about 70 kg.

He is also active on Tiktok where he has more than 67.4k followers. Further, he has a self-titled YouTube channel with nearly 252k subscribers.