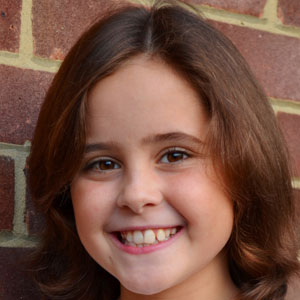 Cute and adorable Lucy is is an unmarried girl.

She has managed to keep her personal information secret. Nothing relating her past and present affair status is published.

Who is Lucy Hutchinson?

Lucy Hutchinson is an English child actress. She is extremely prominent for her role in “Home Front”, “To Kill a Mockingbird “, and “Casualty”. She is a hard-working person and has made recognizable position in British acting field.

Lucy was born to British parents on 18 July 2003 in U.K. Her nationality is British and belongs to European ethnicity.

Lucy’s parents’ name is Gary(father) and Anna(mother). She has an older brother.

Talking about Lucy’s educational background, she goes to the school in Croydon. She learned acting by portraying the different character of films and series.

Lucy made her professional acting debut in the year 2008 and appeared in a T.V film titled “Dustbin Baby” as ‘Young April Johnson’. Next year (in 2009) she made her T.V debut and starred as ‘Stacey Slater’s imaginary daughter” in 3 episodes of series “EastEnders”.

She did not get so much popularity because of her minor role; however, struggle more hard to get a major role and successful films. In 2013, she appeared in 3 episodes of series “The Politician’s Husband” as ‘Ruby Hoynes’. She was also part of the radio-based show called All Those Women.

She was hugely popularized after appearing in the main role of series titled “Dani’s Castle” as ‘Leonie’.

Also, she received huge responses and reviews from fans and viewers and made a solid base in acting. She was also part of some stage performance which was named as Emil and The Detectives from 2013-2014. She was featured in a movie named Casualty which was released in 2016.

She has not won any awards so far in her career; however, she is working hard to get a major role and successful film.

Lucy Hutchinson: Salary and Net Worth

Lucy’s salary and net worth is unknown.

Lucy has the height of 5 feet. She has dark brown hair and brown eyes. Her body weight is not known. Furthermore, there are no details regarding her body measurements.