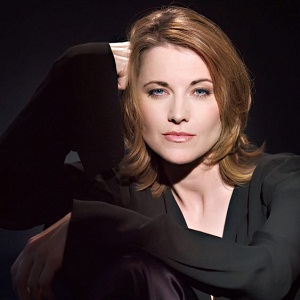 I am waiting for a sign that will indicate to me what meaning I must give to my life, but right now my existence is satisfactory

We live at the edge of the world, so we live on the edge. Kiwis will always sacrifice money and security for adventure and challenge

We actually did quite a lot of comedy on 'Xena'. The whole show was very tongue-in-cheek.

Lucy Lawless got married to her long-term boyfriend Garth Lawless in the year 1988.

Their daughter, Daisy Lawless was born in the same year. But due to some misunderstandings and conflicts that rose among the couple, they took divorce in the year 1995.

Who is Lucy Lawless?

Lucy Lawless is a New Zealand actress. She is most famously known for her internationally popular role in a television series “Xena the Warrior Princess“.

She was born as Lucille Frances “Lucy” Lawless on 29 March 1968 in Mount Albert, Auckland of New Zealand.

Her mother’s name is Julie Ryan, a teacher, and her father Frank Ryan is a banker and mayor. She has four brothers and one sister.

She holds Irish-English ethnicity and joined Marist College, Auckland for her education.

Lucy Lawless appeared in Hercules and the Amazon Women in the year 1994. Lawless played a man-hating Amazon named Lysia. She also did a role of Lyla, in an episode “As Darkness Falls.”

She got her best-known role when she was asked to play a heroic warrior woman named Xena in the episode “The Warrior Princess,” which aired in March 1995.

Lucy is also an excellent singer. She has released albums like Come 2 Me and Come To Mama: Lucy Lawless in Concert: The Roxy Theater in Hollywood.

She has sung songs like Little Child and 4 All of Us.

This actress was chosen as an ambassador of an environmental organization Greenpeace in May 2009.

She is also active in charity works and is one of the trustees of the Starship Foundation. It provides additional equipment, support and help to staff, patients and families

This talented actress and singer’s estimated net worth is around $20 million.

This actress has managed to stay away from controversies and rumors.

Her hair color is dyed light brown and eye color is blue.