Actress-Model Lucy Mecklenburgh is married and a mother of one. 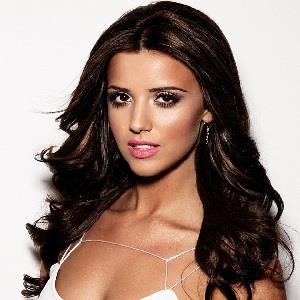 Lucy Mecklenburgh has been involved in numerous relationships in her career. She was involved in a relationship with English reality TV stars Mark Wright from February to April 2011.

Lucy dated the British actor Dan Osborne for only a month in March 2013. She was also involved in another brief relationship of two months with the English singer Max George whom she met in July 2013. The relationship came to an end in September of the same year. She then started dating American basketball player Doug Reinhardt in September of 2013.

Lucy was then involved in a relationship with Tom Pearce, a British TV personality.

They dated for 3 months from September to December 2013. Lucy also had a fling with Welsh TV presenter, Gethin Jones in 2014. Her recent relationship was with an Artistic gymnast, Louis Smith which lasted 14 months. They were together from December 2014 to early February 2016.

Lucy Mecklenburgh and her fiancé Ryan Thomas have been engaged since the summer of 22 June 2019. She gave birth to her first child, a boy on 7 March 2020.

Who is Lucy Mecklenburgh?

Lucy Mecklenburgh is an English TV personality who is mostly known for her involvement in the British ITV2 reality TV series ‘The Only Way Is Essex’.

She is a glamor model, actress, and entrepreneur who has appeared in ‘Tumble’ and ‘Tour de Celeb’.

Lucy was born in London Borough of Havering, the United Kingdom on August 24, 1991.

Information regarding the educational background Lucy cannot be found.

Lucy’s career began in 2010 after she joined the cast of the British ITV2 reality TV series, ‘The Only Way is Essex’. She was introduced on the show as a girl dating Mark Wright. She remained on the show for three years.

Apart from her work on the reality show, Lucy also has her own clothing range for Pretty Little Thing. She also modeled for some of their adverts.

Her own shop ‘Lucy’s Boutique is up and running and she is also a part of a fitness business named ‘Results with Lucy’, the first online personal training and nutrition website which has subscribers in the six figures.

In 2013, she was announced as a regular columnist for New! (magazine). She has also signed for ‘Select modeling agency’. She became part of a modeling campaign for Barry M in 2016.

Also, she is the author of her book titled ‘Be Body Beautiful’ which was published by ‘Penguin’. Some other television series that she has been part of include ‘Tumble’.

Lucy is active over social media. She has over 1.1 million Instagram followers and more than 1.6 million Twitter fans who support her in every step of her career.

She has a net worth of $3 million (approx) but her salary is not revealed yet.

Lucy has not been part of any rumors and controversies as of now.

Lucy has a height of 5 feet 6 inches. Her body weighs 55kg. She has dark brown hair and dark brown eyes. Further, her bra size is 32c, shoe size is 5US and dress size is 4 US.