Talking about her love life, Lucy Punch is presently single and she is living a happy life with her son, Rex in Los Angeles. The actress gave birth to her first son, Rex in July 2015. However, his father’s details are still unknown to the public.

Previously, the star was married to actor James D’Arcy. James is a named English actor and is known for his character as Howard’s butler Edwin Jarvis in the ABC series, Agent Carter. The former couple became close while shooting for the television movie, Come Together.

They tied the knot in 2002. Sadly, they ended their relationship in 2007 without any unclosed reason. 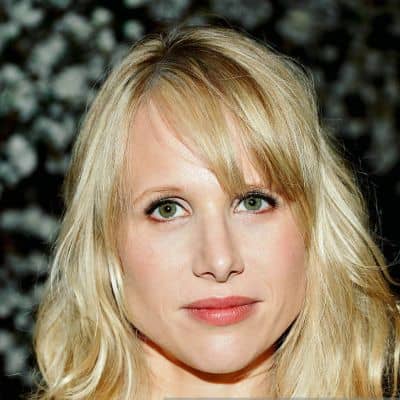 Who is Lucy Punch?

Lucy Punch is a well-recognized British actress and television star. Punch is widely famed for her role in films like Ella Enchanted, Hot Fuzz, You Will Meet a Tall Dark Stranger, and so on.

Moreover, she is also known for her act as Amy in Bad Teacher, Amanda in the BBC series, Motherland, and Esme Squalor in the Netflix series, A Series of Unfortunate Events.

Lucy Punch was born on 30 December 1977. At present, her age is 43 years old. Likewise, her birthplace is Hammersmith, London, England.

Lucy is the daughter of her father, Michael Punch whereas her mother is Johanna Punch. Moreover, she has a brother, Tom Punch who worked in advertising in New York City.

Talking about her nationality, Punch holds a British identity whereas her ethnicity is Caucasian.

Regarding education, the actress studied at Godolphin and Latymer School in Hammersmith, London. She also performed with the National Youth Theatre from 1993 to 1997. Punch then joined a course at University College London before dropping out to become an actress.

Professionally, Lucy made her acting debut in 1998 featuring in an episode of The New Adventures of Robinhood. She then featured in the TV series featuring the naive daughter of Alison Steadman’s character in the short-lived series, Let Them Eat Cake.

The actress then appeared in the film, Greenfingers in 2003. Additionally, Punch made her stage debut as Elaine in Terry Johnson’s West End adaptation of The Graduate. Lucy has also featured at the Royal Court and Bush theatres in London.

She played the receptionist role of Elaine Denham in Doc Martin in 2004. Sadly, the star left the television show, The Class after featuring in 11 of the first 12 episodes. Punch has also won the Best Actress award at the Monaco International Film Festival for her performance in Are You Ready for Love?

Recently, the star became part of the Netflix comedy-drama series, A Series of Unfortunate Events. She featured in the role of Esme Squalor in 2017, a role that continued through the show’s third and final series.

A well-named actress, Punch has earned a handsome amount of money from her profession. She has been active in her profession from the year 1998 till the present.

It is reported that Lucy Punch has an estimated net worth of $3 million as of 2022.

Lucy has never been part of any controversial matter or rumors till now. The actress has been preoccupied with her professional and private life.

It seems that Punch prefers enjoying her personal life and does not want to merge it with her professional life.

43 years old star, Lucy has gorgeous looks and an admirable personality. She stands at a height of 5 feet 8 inches. Also, she has a balanced bodyweight of 59 kg.

Furthermore, Punch has green eyes whereas her hair is blonde. Her body measurement is 36-27-36 inches(chest-waist-hip) respectively.

Regarding her social media presence, Lucy Punch is an active personality on social media. She is also active on Twitter.

Punch has nearly 1.2k followers on her Facebook page.

However, she is not available on Instagram at the moment. It seems the star is presently busy with her professional life and does not want to share her things on media.