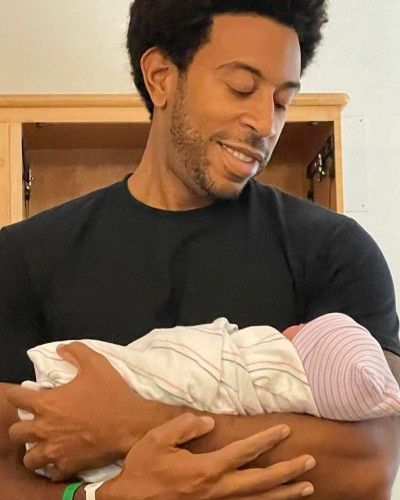 Ludacris is now a father of four as he welcomed his second child with his wife Eudoxie. He and his wife Eudoxie welcomed a daughter Chance Oyali Bridges on 28th July at 7:57 a.m. They already have a daughter Cadence who is 6 years old. Ludacris is also the father of two daughters Cai and Karma. Luda shared a series of photos on Instagram with him and Eudoxie holding their newborn daughter.

“Our Chance Oyali Bridges came 2 weeks early and we are blessed to have another beautiful angel named after my late grandmother,”

The post also contained pictures of Cadence giving baby Oyali a kiss on the forehead. In June 2021, Ludacris opened about his life as a girl dad and how he and his wife were getting ready for their new addition. Ludacris said,

“I had just started coming into money. I was in a good place mentally, spiritually and financially, so I was prepared for fatherhood.”

How much is the net worth of Luda?

Ludacris has an estimated net worth of $25 million. Between August 2014 to August 2015, he made $8 million. He co-owns a headphone line Conjure Cognac called Soul by Ludacris. Likewise, Bridge also owns his own restaurant. His total career earning is said to be $132 million.

Also read Alisan Porter is pregnant with third child -1st with boyfriend Justin de Vera! Know about her married life and net worth

Christopher Brian “Chris” Bridge is recognized by his onstage name Ludacris. He is an American Hip-Hop artist, also an actor from Atlanta, Georgia.

He along with his manager, Chaka Zulu is the co-founder of Disturbing the Peace an imprint distributed by Def Jam Recording. This rapper also owned the opportunity of being the first influential Dirty South rapper to achieve mainstream success during the early 2000s. Read more bio…