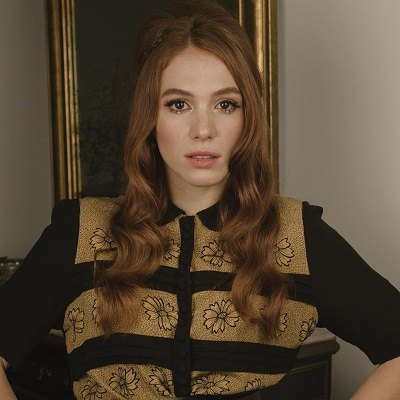 What is the relationship of Ludovica Martino?

Ludovica Martino’s current relationship status is possibly single. As of now, there is no information about her previous relationship, dating, and engagement.

Currently, she is focused on her career as an actress. Perhaps the actress is waiting for Mr. Perfect in her life.

Her Instagram post suggests that she loves traveling and getting click perfectly. Besides that, she likes to travel and spend her time with her friends. Also, she shares a very strong bond with her designer friend, Alessia Rossetti.

Who is Ludovica Martino?

Italian Ludovica Martino is an actress and Interpreter. She is renowned as Emilia of Tutto può succedere.

Last, in 2019, she appeared in the Italian TV series Liberi tutti as Chiara.

Next, she will be appearing in the movie, Security.

Ludovica Martino was born on the 26th of February 1997 in Rome, Italy. She is of Italian ethnicity.

As of now, she has not disclosed any details of her mother, father, and other family backgrounds. However, she has shared a picture of her father.

She graduated from Classical High School. Later, she attended Jenny Tamburi School. At the school, she participated in various acting workshops conducted by the director, Pietro De Silva, and Andrea Costantini.

Ludovica Martino started her career as an actress in the Italian TV industry. Back in 2015, she debuted on TV with the series, Che Dio ci aiuti (God help us) under the director, Francesco Vicario. However, her role in the series was limited to 2 episodes only.

Following the series, she was cast in Tutto può succedere 2 as Emilia. Altogether, she appeared in 55 episodes of the series. Moving forward, she became a well-known face in the Italian TV world. Some of her TV appearances include SKAM Italia, Don Matteo, and Liberi tutti.

Later, in 2019, she debuted in Italian movies with Passeggeri notturni (Night passengers ). In the drama, she appeared in the role of Matilde. Also, she shared the screen with the artist including Claudio Gioè and Nicole Grimaudo. The same year, she featured in the movie, Il Campione (The Champion).

Next, she will appear in the thriller movie, Security. The movie is based on the novel by Stephen Amidon. As of now, the movie is in the verse of post-production.

As of now, she has not shared any information about her net worth. As an actress, her earnings range from $19k to $208k.

Also, as an Interpreter and translator, she makes in the range of $26k to $83k.

As of now, the actress has stayed far from any kind of controversy that created a buzz in headlines. Similarly, there are no rumors related to her.

Ludovica Martino has brown eyes with light brown hair. She stands at a height of 5 feet 5 inches and has a decent weight with a slim body physique.