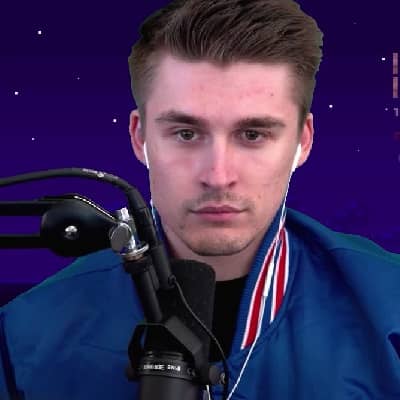 Ludwig Ahgren’s relationship status is mingled. His girlfriend’s name is QTCinderella who is also a social media personality.

She has over 51.7k followers on her Instagram and this couple often posts pictures of theirs is social media.

Who is Ludwig Ahgren?

Ludwig Ahgren is an American digital star. He is known for YouTube videos where he uploads footages and commentary related to games.

Ludwig Ahgren was born on 06 July 1995, in the United States. His mother and his father’s names are not known.

However, his mom and his sister have appeared in his social media posts.

He belongs to a Caucasian ethnic background. Also, he hasn’t provided details about his academics information.

About Ludwig Ahgren’s web career. He first entered in YouTube world on 15 Aug 2011 and has now more than 854k subscribers.

Ahgren’s couple video has got over 587 views. This post was uploaded on 02 Nov 2020. Similarly, his other most liked and viewed uploads are Streamers I can beat in a fight, she made me go shopping…, Why I’m getting banned on Twitch, Ludwig – A Very Mogul Christmas, and more.

Besides YouTube, he also has a huge number of followers on TikTok. He has over 132k followers and likes on his videos are more than 2.6 million. The post of 10 Dec 2020 has got around 383k views.

This talented star is doing great in his personal and professional life and is not surrounded by any scandals or rumors.

Regarding Ludwig Ahgren’s body features, he has an average body length and a body mass.

Looking at his pictures, he has light brown eyes and light brown hair. He has got a fit and muscled boy which he shows in his Instagram shirtless uploads.

This web star is available on social sites. He has an Instagram account with around 124k followers. Ludwig is popular in it and his post with his cat on 10 Dec 2020 is loved by his fans.

His Twitter is followed by over 338k people and was created in July 2011. He also has a Twitch account.

But he is not active on other platforms such as Facebook.