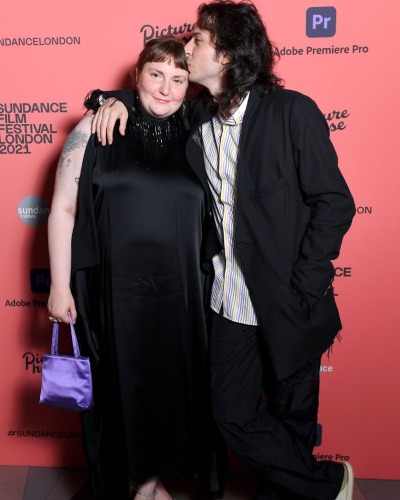 Surprise! Lena Dunham and Luis Felber are officially husband-wife. The couple walked down the aisle over this weekend as per a source. Lena hinted at the special occasion early on 26th September by posting the song This Will Be Our Year on Instagram story. Luis confirmed the marriage via email to The New York Times,

“There were lots of moments, there are lots of moments and there will be lots of moments. I’m not living in a Disney film where you’re certain about who you want to spend the rest of your life with in one moment. Time is fluid and when you know, you know. I love my wife, who is also my best friend.”

It has just been few months since the couple confirmed their relationship. Back in April, Lena revealed that she is dating Luis. She revealed that he is the greatest person whom she ever met. She wished her beau on his birthday in June with a series of their photos. Lena wrote,

“Everyone who comes into contact with you — creatively, emotionally, accidentally — is lucky. But I am the luckiest, because that snood is now in our shared chest of drawers.”

Also read Meet Luis Felber, Boyfriend Of Lena Dunham; She Shared The Sweet Tribute To Him On His Birthday!

Lena Dunham is an American actress, writer, producer, and director. She is best known as the creator, writer, and star of the HBO series Girls (2012-2017), for which she has received numerous Emmy Award nominations and won two Golden Globe Awards. She is the first woman to win the Directors Guild of America Award for Outstanding Directing – Comedy Series in 2013. Read more bio…