Became well known and gain fame after his hit song Despacito. He is married and a father of two. 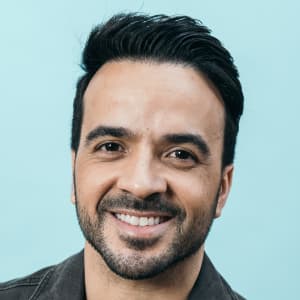 What is the relationship of Luis Fonsi?

Fonsi was dating Spanish model Águeda López. They were spotted together in different place and also welcomed their first child daughter Mikaela in December 2011. The couple tied their knot on September 10, 2014, after living together for three years. They also welcome their son Rocco on December 20, 2016.
Before it, in the year 2003, Fonsi started liking the actress Adamari López, who was also a Puerto Rican. They accept their relation in 2004. Then they went off for an international tour. However, he canceled his tour mid-way in 2005 as his girlfriend was diagnosed with breast cancer. Luis was committed to supporting her through this difficult time. They went to Mexico, Miami, and Puerto Rico for Adamari’s cancer treatment and balancing their professional commitments alongside. And then she is in remission since 2006. The couple got married in a lavish, religious ceremony organized in Guaynabo in June 2006.  Their marriage was attended by several celebrities such as Joey Fatone, Charytín Goyco, Ednita Nazario, and Carlos Ponce to name a few. But it didn’t last long as it officially ended in divorce in November 2010.

Who is Luis Fonsi?

Luis Fonsi is a popular artist. He is also a Latin Grammy-winning singer and songwriter. He became well known and gain fame after his hit song Despacito. The singer shot to stardom with his 2017 hit song, ‘Despacito.’ Moreover, he also has different other songs that were commercially good and received the good hits. Some of the hit albums include, ‘Abrazar la Vida’, ‘Fight the Feeling’, ‘And Secret’.

He was interested in music from his childhood and was fascinated by the popular group Menudo. And so he also joined the San Juan Children’s Choir.

Talking about his education history, he joined the school vocal group called Big Guys who sang at school parties and local music festivals. Studying there, he met Joey Fatone and they became a former member of N’SYNC.

Then in the year 1995, he receives a full scholarship to the Florida State University School of Music and majored in Vocal Performance. Being a member of the university’s choir, he traveled to various places, and then he received a chance to perform with the City Birmingham Symphony Orchestra in England.

Talking about his professional life, he first produced his singles ‘Perdóname’, ‘Si Tú Quisieras’, ‘Dime Como’, and ‘Me Iré’. He then was well known as a popular singer. Likewise, on June 20, 2000, he released his second studio album ‘Eterno’. It gains more success than other songs and peaked at number 6 on Billboard Top Latin Albums. His single, ‘Imagine Sin Ti’ also peaked at number 1 on Billboard Hot Latin Tracks.
The singer performed at the Great Jubilee Concert for a Debt-Free World on May 1, 2000. The same year, Fonsi composed a song for Puerto Rican singer Ednita Nazario, and he also won a Latin Grammy Award for that song. He released his third album on March 12, 2002, ‘Amor Secreto’ (Secret Love). It was the same year when he released his first English album ‘Fight the Feeling’ and also performed the opening act at Britney Spears’ Dream within a Dream concert in the US and Mexico.
And soon he releases his fifth album ‘Abrazar la Vida’ on October 28, 2003. This album also was commercially good and was at number 3 on Billboard Top Latin Albums. Then he was also certified platinum (Latin) by RIAA. He performs at Miss World 2003 in China. He worked along with British singer Emma Bunton of the band Spice Girl for her album ‘Free Me’, released in 2004. They work along for the album, “Amazing”. He also gets featured in the Mexican television serial drama, ‘Corazones al límite’. No sooner than his album ‘Paso a Paso’ was launched in 2005.
Then 2017 year became one of his greatest breakthrough years when he released his single ‘Despacito’ which featured Daddy Yankee. It was initially released entirely in Spanish. the song was a major hit in countries where Spanish is the predominant language and also in other various countries after the remix. In April 2017, Canadian singer Justin Bieber remix his song singing in both English and Spanish. When the song was released, it initially began to climb up the charts in the US, the UK, and many other nations. It became the number 1 on the US Billboard Hot 100 for the week. Moreover, it also became Fonsi’s first number 1 on the chart.
And talking about his latest works, he released a new song ‘Échame la Culpa’, which debuted at number 3 on the Hot Latin chart.

Luis Fonsi: Salary and Net Worth

Fonsi is one of the popular Puerto Rican singers and composers. His song receives a great hit and he must have had good earnings. His net worth is $20 million as of 2022.

He must maintain a good relationship with all of his professional and personal life so he doesn’t appear in any kind of rumors and controversies.

The singer has maintained a good athletic built body standing with a height of 5 ft 7 in or 170 cm. And he weighs  66 kg or 145.5 lbs. Likewise, he has black colored hair and dark brown colored eyes.

Fonsi is active on different social media and keeps on updating them with his latest work and photos. He is active on Instagram with more than 8.1M followers. Likely he is also active on Twitter and has 9.3M followers. He also has more than 12M followers on his Facebook page.