Luis Miguel is a Mexican singer. He is not married but has three children. 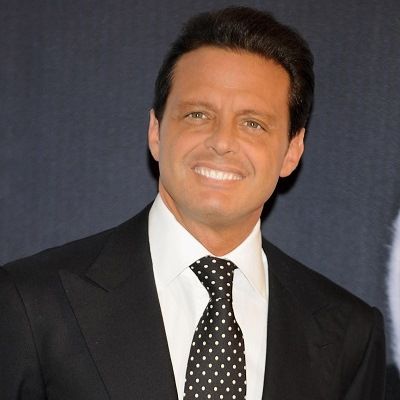 Being alone for me is necessary, practically vital

for others, I do not know, each one decides for [himself].

Who is Luis Miguel?

Luis Miguel is a Mexican singer and record producer. Likely, Luis Miguel is widely regarded by many as the most successful artist in Latin American history, having successfully performed in a wide range of musical styles.

Also, Luis Miguel is recognized as the only Latin singer of his generation to not crossover to the Anglo market during the “Latin Explosion” in the 1990s.

Luis was born in San Juan, Puerto Rico, the United States on April 19, 1970. His birth name is  Luis Miguel Gallego Basteri and he is currently 50 years old.

His father’s name is Luisito Rey and his mother’s name is Marcella Basteri. Luis Miguel was raised in a Catholic family and cites this to be one of the reasons that he is a Catholic himself. He still visits the church whenever his busy schedule allows him to.

Talking about Luis’s education history, there is no information about his educational achievements.

Talking about his profession, during 1982, Luis Miguel released his first album, Un Sol, by the Mexican branch of EMI Records, which won him his first gold disc at the age of 11. Then, two years later, he started touring Latin American countries including Colombia, Venezuela, Chile, and Argentina.

Likewise, in 1986, Luis Miguel gave his career a brief break, as his relationship with his father was souring due to alleged mismanagement, poor financial decisions, and risking the earnings of his career.

Then, after signing with Warner Records, in 1987, he fired his father and started to work with Juan Carlos Calderón. Whereas, Luis Miguel’s album Soy Como Quiero Ser in May 1987 sold well over 2.5 million records.

In the year 1990, he made a successful transition from a child singer to an adult showman with the album 20 Años and an ensuing string of sold-out shows. He put out ‘Mexico En La Piel’, a collection of conventional Mexican mariachi songs, in 2004.

Over the years, he has performed in North and South America and in Europe. During the 2010 Luis Miguel Tour, he did 223 shows all over the world in the span of three years. This effectively made the tour the longest and highest-grossing tour ever made by a Latin artist.

Moreover, Luis Miguel has the distinction of conducting the most consecutive presentations (30) in the Auditorio National (National Auditorium). He is also the record holder for the most presentations in the same venue with a total of 240 concerts. The self-titled series ‘Luis Miguel’ began airing on April 22, 2018.

Luis Miguel earned his first Grammy Award for the song ‘Me Gustas Tal Como Eres’ (‘I like you just the way you are’). A duet with the Scottish singer Sheena Easton, the song appeared in Easton’s studio album ‘Todo Me Recuerda a Ti’.

He won back-to-back Grammy Awards for Best Latin Pop Albums in 1994 and 1995 for ‘Aries’ and ‘Segundo Romance’. This singer would win the award once more, in 1998 for ‘Romances’.

He has an estimated net worth of around $180 million (as per 2020 data). He has earned that sum of money from his professional career. However, his salary and other earnings are not disclosed.

There was a rumor about Luis’s death, which was hoax news. Currently, he is far from rumors and controversies.

Luis Miguel has a height of 5 feet 10 inches. Additionally, he weighs is 74Kg. His hair color is light brown and his eye color is green.

The Mexican Music Icon Jose Jose dies at 71! Rewind to his historical career and his tiresome battle with health problems!