Who was Luísa Sonza married to?

Luísa Sonza is possibly single now after her divorce with ex-husband YouTuber Whindersson Nunes. The former couple had announced their divorce on 29 April 2020 but are on good terms as friends.

After having a relationship since August 2016, they had got engaged in March 2017 and eventually married in February 2018. They had a wedding in a civil and religious ceremony for 350 guests in Alagoas, Brazil. Sonza is body-conscious and thus, intends to adopt children instead. 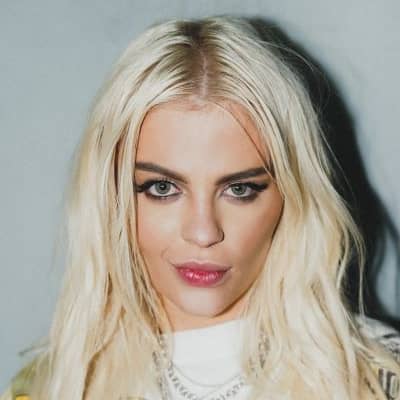 Who is Luísa Sonza?

While she became the talk of the table after featuring in Bruno Martini and Katy Perry‘s Cry About It Later which charted in New Zealand in 2021.

Most recently, she co-hosted the 2022 HBO Max show Queen Stars with dragqueen Pabllo Vittar. She was also the guest judge of The Masked Singer Brasil season 2.

Sonza was born on 18 July 1998 in Tuparendi, the Rio Grande do Sul, Brazil under the birth sign Cancer. The 23-year-old Brazilian singer has Brazilian ethnicity.

Her mother is Eliane Sonza, influencer while her father is César Luís Sonza. She has a younger sister Sofia Gerloff Sonza. Though details regarding his educational background are missing, Kenny must be a high school graduate and has University attendance.

Starting from YouTube, Sonza first released her major-label song, Good Vibes in 2017. She has received a total of 1.6 billion views on her YouTube channel as of March 2022. The user channel was created in March 2014 which consists of Luísa Sonza, Pabllo Vittar, Anitta – MODO TURBO (Clip… with 181.6 M views.

The most watched music video on her YouTube channel are listed below;

Her song Anaconda has received immense popularity with 12.5 Million views on YouTube. It aired in Dec 2021, and also included Mariah Angeliq in the singing credit.

Most recently, she has released Sentadona (Remix) s2 with Davi Kneip, MC Frog & DJ Gabriel do Borel in 2022. It peaked to position 2 on Brazilian chart while her other song Café da Manhã with Ludmilla peaked 15 the same year.

Pandora (2019) and Doce 22(2021) are Sonza’s studio album released to date. She has composed and sang two extended plays, Luísa Sonza EP( 2017) and YouTube Music Night (Ao Vivo) (2020). In addition to that, her singles has received PMB Gold, Platinum and Diamond certifications and are as below;

Luísa Sonza has an estimated net worth of $7 million which she garnered from her YouTube and music career. Meanwhile, she leads a luxurious life with her handsome salary.

The Brazilian singer was alleged for marrying her ex-husband for money which unfortunately was not true.

She has spoken about women, masculinity, and other gender-related topics to express how easy it is to pass judgments on people while eyeing rumors and controversies.

Other than that, she has 14 M followers on TikTok and 7.3 m subscribers on YouTube.