Updated On November 28, 2022 | Published By: Neil Richard
Share this
Married 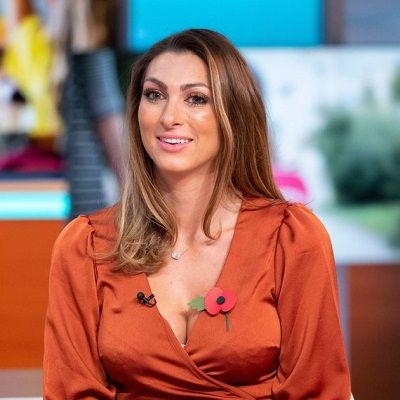 I have the energy of a Duracell bunny, sex appeal of Jessica Rabbit and a brain like Einstein.

I like to go out and meet people. I'm not the most monogamous person. There is nothing wrong with being a woman who enjoys sex or having more than the average number of sexual partners. I have a good sex life and I am having fun with discreet people - but I have to be careful about who I am having sex with.

Who is the present husband of Luisa Zissman?

Luisa Zissman is married to the Irish businessman Andrew Collins.

They married in 2015. Currently, they are blessed with two daughters, Clementine Saskia Collins and Indigo Esme Collins.

Who was she married to in the past?

Previously, she was married to Oliver Zissman. Oliver is also an entrepreneur. They were married in 2009. Together, they have a daughter, Dixie born after one year of their marriage. However, they got divorced in 2014.

Who is Luisa Zissman?

Luisa Zissman is a British TV personality and Entrepreneur. Zissman is renowned as the runner-up of the BBC’s reality show, The Apprentice.

She is also the third runner-up of Celebrity Big Brother 13.

She joined the Grove Independent school in her hometown. Later, she joined Northampton School for Girls to complete her secondary education.

She started her career at the age of 16 as an estate agent. At the time, she worked only on Saturdays, so that she can pay for the expenses of the horse. Her parents brought that horse for her as a gift.

After school, she was involved in many works. Electronic Data Systems were one of them.

Such works inspired her to start a business so that she would never take orders from others.

In 2013, she first came to the attention of the media as she appeared in the BBC’s The Apprentice. In the show, she became the runner-up. She faced Dr. Leah Totton as her opponent in the season finale.

She has also appeared in shows like Big Brother’s Bit on the Psych, Celebrity Big Brother, and Good Morning Britain.

In the same show, she disclosed that she is bisexual. She even gave her housemate Jasmine Waltz a lip-lock kiss.

She has an estimated net worth of $2 million as of 2022. On several events, she has been spotted claiming that her three business ventures have a net worth of $1.5 million.

The winning amount of The Apprentice is £250,000 which is equivalent to $328k at the present date.

She is a brown-eyed brunette. Her height is 5 feet and 3 inches.

She has 544k followers on Instagram with the handle luisazissman.

The Controversy! Model British Kelly Brook criticized for her comments on working women!