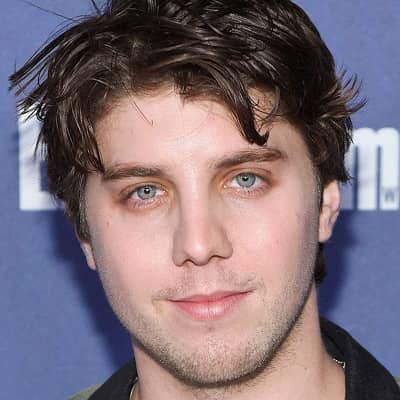 Lukas Gage is currently possibly single. He hasn’t disclosed his relationship and affair. Previously, he was in a relationship with actress Emma Dumont. Later, they split up in 2017.

Who is Lukas Gage?

Lukas Gage is an American film and television actor. He is best known for his role in American Vandal, and Euphoria.

This actor was born on 28 May 1995, in California, the United States. There is no information about his father, and mother as he likes to keep his personal life far from the camera.

He has three brothers. He studied at San Dieguito Academy. Later, Lukas graduated from the University of Oregon. He belongs to Irish, Swedish, and Ashkenazi Jewish descent.

After the University, he moved to Los Angeles to pursue his further career. In 2013, he made his television debut in an episode of the series Enlightened.

The next year, Lukas appeared in a small role in the TV series Kingdom, and I Didn’t Do It. Between 2016-2018, he played Brandon Darrow in ‘[email protected]’, from which he gained huge popularity.

Afterward, in 2017, he made his appearance in several series like Confess, Adam Ruins Everything, Give Good Text, and American Vandal.

His other works on television include On My Block, Supergirl, Euphoria, Veronica Mars, Into The Dark. Recently, in 2020, he is playing Derek in the television series ‘Love, Victor’.

In addition to television, Gage is also active in movies. He made his film debut in 2014 with short movies Satellite Beach, and Animals.

In 2015, Lukas played ‘Travis’ in the movie Scouts Guide to the Zombie Apocalypse. The next year, he starred in the thriller Sickhouse.

Similarly, he made his appearance in Sleep No More, Ace, Assassination Nation, Wyrm, and Deacon. Later, in 2020, Gage starred in Max Reload and the Nether Blasters, What Breaks the Ice, and Wireless.

The average salary of this actor is $48,000. Meanwhile, according to some sources, Gage has an estimated net worth of $7 million.

Recently, Lucas put the name of an unnamed director calling ‘Kingsman’ director on the blast after he heard calling Gage’s apartment tiny on zoom audition.

The rumor was that the unnamed director is Matthew Vaughn. Vaughan is an English director and producer known for his work on X-Men: First Class., and Star Dust.

Lukas has a decent height equivalent to his weight, however, the exact measurements are unknown. Similarly, Gage has blonde hair and hazel blue eyes.

Top notch actress Amanda Seyfried was bullied for her pale skin. Read how she coped with it!