Singer-songwriter Luke Bryan is married and a father of two. 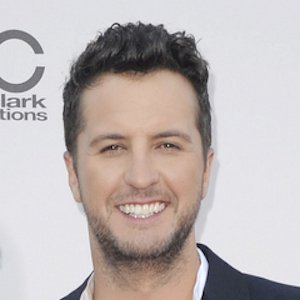 From my dad I learned to be good to people, to always be honest and straightforward. I learned hard work and perseverance.

Luke Bryan is a married man. He is married to his college sweetheart, Caroline Boyer. The couple first met each other at Georgia Southern University. Bryan and Boyer married on December 8, 2006.

The couple has two sons named Thomas Boyer Bryan and Tatum Christopher Bryan. Bryan and Boyer have been married for over a decade now and their relationship is going very well.

Who is Luke Bryan?

Luke Bryan is an American singer and songwriter. He is widely famous for his hit singles “Rain is a Good Thing,” “I Don’t Want This Night to End,” and “Drunk on You.”

He was named Entertainer of the Year at both the 2014 CMA Awards and the 2015 ACM Awards.

Luke Bryan was born on 17 July 1976, in Leesburg, Georgia, USA. He is an American by nationality and is of English and Irish ethnicity.

His birth name is Thomas Luther Bryan. He is the son of LeClaire Bryan and Tommy Bryan. Both of his parents are farmers. He had a brother named Chris who was killed in a car accident.

Luke went to college at Georgia Southern University in Statesboro, Georgia. From the university, he graduated in 1999 with a bachelor’s degree in business administration. He moved to Nashville in 2007 to pursue his career in music.

Luke initially gained success as a songwriter, but soon after he signed as a performer. Soon after his arrival in Nashville, Bryan joined a publishing house in the city.

Among his first cuts was the title track of the 2004 album My Honky Tonk History. He was later signed by Capitol Nashville to a recording contract.

After that, he co-wrote Billy Currington’s single “Good Directions”, which went to number one on the Hot Country Songs chart in mid-2007.

He co-wrote his debut single, “All My Friends Say”, with producer Jeff Stevens. In August 2007, he released his debut album, I’ll Stay Me with Capitol Nashville.

On March 10, 2009, Luke released an EP titled Spring Break with All My Friends that featured two new songs, “Sorority Girls” and “Take My Drunk Ass Home”.

Since then, he has released a number of singles and albums in his career. In February 2017, Bryan performed the National Anthem at Super Bowl LI at NRG Stadium in Houston, Texas. He was named Entertainer of the Year at both the 2014 CMA Awards and the 2015 ACM Awards.

Country music singer Luke Bryan apologized today for reading the words to the “Star-Spangled Banner” off his hand while singing at the Major League Baseball All-Star Game.

Bryan received major criticism for writing the words to the song on his hand and was even called “unpatriotic” by some offended people by the event.

Luke has a height of 6 feet 3 inches and weighs 92 kg. His hair color and eye color both are dark browns. His shoe size is 12(US).