Luke James is possibly single at the moment. Presently, he hasn’t introduced anyone as his girlfriend or lover in the media.

Previously, he was dating Jessie J in 2014. However, their relationship didn’t long last, they broke up in a year.

It was also rumored that he was dating model Khadijah Nicholas. 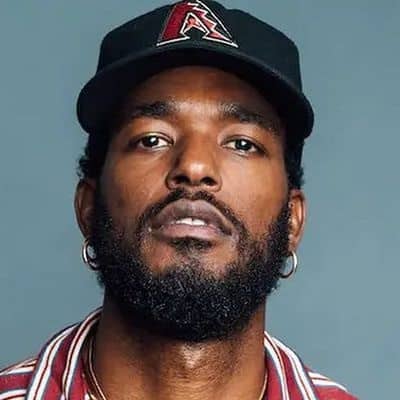 Who is Luke James?

Luke James is a singer, songwriter, and actor from the United States. He is best known for his Grammy Award-nominated single “I Want You” (2012).

He was raised by a single mother whose identity is unknown at the moment. Talking about his academic qualification, he attended St. Augustine High School.

While studying in high school, he joined a musical trio named ‘Upskale’ along with classmates Quinten and Tah. However, the trio did not last long and he later formed a duo named Luke & Q along with Quinten.

James is of American nationality and he belongs to the African-American ethnicity.

Luke’s duo with Quinten also split up despite the support from musician Tyrese Gibson. He then started working as a songwriter and background vocalist. James associated with record producer Danja and began to craft hits for those in the pop, R&B, and Soul genres. He is the co-writer of Chris Brown’s “Crawl” for his third album, Graffiti.

James also wrote for several high-profile artists Including Justin Bieber’s That Should Be e, Britney Spears’s Kill the Lights, and Keri Hilson’s Do It. He featured in Destiny’s Child’s Soldier video along with the members of the Upskale music trio. James starred as a model in Beyonce’s Run the World music video. James released his first EP, #Luke in December 2011, and his first single “I Want You” received universal acclaim from critics for its production. In December 2012, he released his second free digital mixtape, Whispers in the Dark.

That year, he also went on the BET Music Matters Tour along with Estelle. He also performed as an opening act in The Mrs. Caryer Show World Tour.

Aside from music, James is also an actor. In 2003, he made his first television appearance as Tyrese’s background singer in the television sitcom, Half & Half. He then starred in the 2011 film, Rift where he portrayed the role of Freddy Davis.

Similarly, he appeared in the films like Black Nativity (2013), Little (2019), and Christmas in Harmony (2021). He was also part of the biographical miniseries, The New Edition Story, based on the R&B group Edition as Jonny Gill. Recently, he made an appearance in the 2021 drama series, Genius as Glynn Turman.

Luke has three times Grammy-nominated for Best R&B Performance in “I Want You”, “Options”, and To Feel Love/d”. In 2013, he won Centric Award at Soul Train Music Awards.

Similarly, he was nominated in the category for Best New Artist at Soul Train Music Awards in 2012.

As of now, Luke hasn’t been part of any sorts of rumors and controversial matters that create headlines in the media. He has managed to maintain a clean profile.

As of 2022, Luke has amassed an estimated net worth of around $3 million from his career as a singer and actor.

In March 2018, he bought a loft-style condo for $355 thousand. The condo has two bedrooms two full baths and spans just one thousand one hundred square feet.

Further, his salary and other earnings are still under review.

Talking about Luke’s physical appearance, he has a brown complexion. Likewise, he has a black pair of eyes, and his hair color is also black.

He has a lean body with an impressive height. Luke stands at a height of 5 feet 10 inches tall. His weight and other body measurement aren’t available in the media,

Similarly, he has over 141.3k followers on Twitter and 702k followers on Facebook. He has shared his email id [email protected] for any business inquiries.

He has also a self-titled YouTube channel with more than 131k subscribers.

Channing Tatum and Jessie J are already discussing marriage in their few months of courtship!