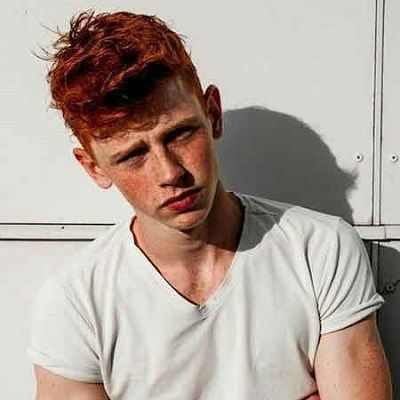 Luke Lesnar is 17 years old. He is young to be in a relationship or have a love life. As of now, he is single.

Who is Luke Lesnar?

Luke Lesnar is is a wrestler who is set to join WWE. He is well known as the son of the professional wrestler, Brock Lesnar. Additionally, he is also a 3x Minnesota State Champion.

Luke Lesnar was born on April 10, 2002, in the United States of America. He is an Aries. His father is Brock Lesnar and mother, Nicole McClain. Moreover, his ethnicity mixed(Polish, German, Norwegian).

He has a twin sister, Maya Lynn and two half-siblings, Turk Lesnar and Duke Lesnar from his father’s current relationship. Currently, he is a high school student, but his education and school are not available.

As being a son of professional wrestler and mixed martial artist Brock Lesnar and Nicole Mc Clain, the shadow of his parents can be seen on him. Brock played and won titles in wrestling from his college days. Brock moved towards his professional wrestling after signing with WWE in 2000.

Luke is also going to shake WWE. After his announcement to debut in WWE, people are curious to see Luke’s match.

Luke’s net worth is not available, however, his father who has net worth is $28 million. His annual earns $12 million from his wrestling career.

Aside from this, he is also involved in different endorsements and business which provides more than $1 million to him.  Brock alone earned $5.5 million from WWE and $6.5 million from UFC.