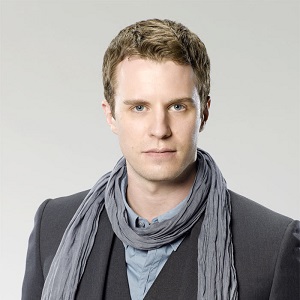 That's why I enjoy acting: getting in the mind of someone else

I steal things from people, characteristics, and I just stock them in my head like a library to use for characters in the future.

Luke Mably is an unmarried actor till now. He is currently in a relationship with actress Andrea Deck. The couple dated each other for a while and got engaged in 2016. Luke and Deck have been together for many years now and they have been engaged for a year now. However, the couple is not yet married.

Who is Luke Mably?

Luke Mably is an English actor. He is best known for appearing as Prince Edvard in the 2004 romantic comedy film, The Prince and Me. He is also famous for playing the character Scott Lucas on the popular British TV show, Dream Team. Mably also had a lead role in the 2010 supernatural drama television series The Gates.

His nationality is British and he is of English ethnicity. He attended the Birmingham School of Speech and Drama and graduated from there in 1998.

Luke made his acting debut playing the character Paul in an episode of the 1999 British medical drama, Holby City. That same year, he had a role as Scott Lucas in the film Dream Team. Since then, he had roles in several movies. He had roles in the films In the Beginning (2000), Uprising (2001), 28 Days Later (2002), and many more.

He rose to fame when he starred as Prince Edvard in the 2004 romantic comedy film, The Prince and Me. In 2009, he portrayed White in the thriller film Exam. He also had a lead role in the 2010 supernatural drama television series The Gates, in which he played the character, Dylan Radcliff.

In 2011, he portrayed alcoholic civilian neurosurgeon Dr. Simon Hill on the Global Canadian-British medical drama, Combat Hospital. In 2015, he had roles in the films NCIS: New Orleans and Rise of the Footsoldier Part II. In 2016, he appeared as Sonson in the film Chosen. He has a net worth of 3 million dollars.

He has a height of 6 feet. He has golden brown hair color and his eye color is blue.