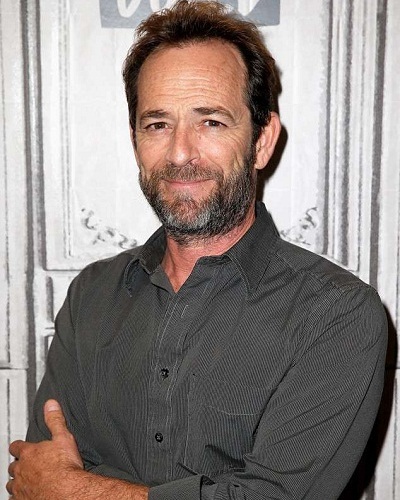 Luke Perry who had suffered a massive stroke recently died on 4 March 2019 at Saint Joseph Medical Center in Burbank, California. He was just 52 years old. He is survived by his wife and two children.

Luke Perry and his death

Luke Perry who had portrayed the character of Dylan McKay in Beverly Hills 90210 died on 4 March 2019 at the medical center where he was admitted for massive stroke a few days back, his publicist Arnold Robinson informed CNN. Arnold issued a statement to that effect which read:

“He was surrounded by his children Jack and Sophie, fiancé Wendy Madison Bauer, ex-wife Minnie Sharp, mother Ann Bennett, step-father Steve Bennett, brother Tom Perry, sister Amy Coder, and other close family and friends. The family appreciates the outpouring of support and prayers that have been extended to Luke from around the world, and respectfully request privacy in this time of great mourning. No further details will be released at this time,”

Luke was 52 at the time of his death. His daughter Sophie uploaded a picture of her dad and her and wrote:

“A lot has happened in this past week for me. Everything is happening so fast. I made it back from Malawi just in time to be here with my family, And in the past 24 hours I have received an overwhelming amount of love and support. I cannot individually respond to the hundreds of beautiful and heartfelt messages, but I see them, and appreciate you all for sending positivity to my family and I.”

Luke was rushed to the medical center in Burbank near his home when he suffered a major stroke on 27 February 2019. He was put on heavy sedation and was in a critical state. But his condition deteriorated and he was put on life support. But he never recovered. His family and his fiancée Wendy Madison Bauer had to take the difficult decision to remove him off the ventilator due to his brain dead condition.

Luke was born as Coy Luther Perry III in Mansfield in Ohio. He grew up in Fredericktown. After his high school graduation, Luke relocated to Los Angeles to pursue acting. He had to struggle for a few years before he could get a break into the business. He did a series of odd jobs and soon landed a job in New York City in the soap opera called Loving in 1988. Luke revealed that he had given 256 auditions before he procured his first job in the showbiz. That depicts his determination and passion for acting. But how did he manage to keep up his confidence before fame?

“I just kept thinking, ‘You know, I just walked out of a room full of fools. Those people have no idea.”

“We have done some shows that dealt with pretty some touchy topics and people weren’t altogether happy with how we dealt with it,”

“I thought we handled it pretty intelligently and we were willing to answer the questions we brought up.”

He also did films such as Good Intentions, Red Wing, and Buffy the Vampire Slayer. He also did some stage plays and debuted on the Broadway in 2002. But his roles on the small screen were the ones that brought him popularity. He played Archie’s father in Riverdale recently.

Luke married actress Rachel Sharp in 1993 and shared two children; son Jack, 21 and daughter Sophie, 18. The couple separated 10 years later. He was engaged to Wendy Bauer when he died.

Luke is a proficient TV actor. Additionally, he is also a famous film actor. Luke possesses an American nationality. Luke is a well-known personality in the TV industry for his acting in American drama series, “Beverly Hills, 90210”. He portrayed the character of Dylan McKay in altogether of 200 episodes.

Who is actor Zac Efron’s new date? Know about all his past relationships!
Tags : Actor Beverly Hills 90210 Luke Perry Riverdale