Lulu Garcia-Navarro is an American TV Journalist, Report, and Host. She is married to James Hider and is the mother of one kid. 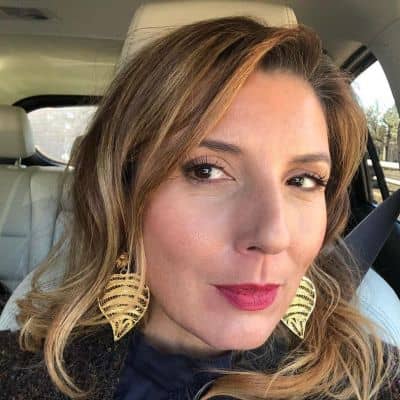 Lulu Garcia-Navarro is married. She is married to James Hider who is also a journalist from the Times of London. In 2003, the couple tied the wedding knot and it’s been over 18 years since they get married.

The couple together has a daughter named Cassia.

Who is Lulu Garcia-Navarro?

Lulu Garcia-Navarro is an American TV Journalist, Report, and Host.

She served as the host of National Public Radio’s Weekend Edition Sunday for 17 years until she announced her departure from NPR on October 17, 2021.

Lulu celebrates her birthday on the 27th of May. However, she hasn’t disclosed her birth year in the media. She was born in London, England but grew up in Miami, Florida, USA.

Lulu’s parents and other family details are also under the curtains at the moment. Talking about her academic background, she earned a Bachelor of Science degree in International Relations and Affairs from Georgetown University.

She then attended City University London from where she earned a Master of Arts degree in Journalism. Further, she holds an American nationality and she belongs to mixed (Cuban and Panamanian) descent.

Lulu began her career as a freelance journalist for the BBC World Service and Voice of America. She reported from different parts of the world such as Cuba, Syria, Panama, and Europe.

In 1999, she was hired by Associated Press Television News as a producer. She later worked for the news agency’s radio division where she explored events in Afghanistan and Jerusalem post 9/11. In November 2004, she then joined National Public Radio as Mexico City bureau chief. She transfer to Baghdad in January 2008 where she oversaw NPR’s Iraq coverage for more than a year.

She was the first reporter to report from easter Libya as the uprising was gaining strength. Lulu spent several months collecting and covering the dangerous insight of a country at war from rebel-held Benghazi, Tripoli, and the western mountains. On January 8, 2017, she became the new regular host of NPR’s Weekend Edition Sunday from Rio de Janeiro, Brazil, and became the first Latina to host an NPR news show. She also worked as the host of NPR’S morning news podcast, Up First.

On September 9, 2021, Lulu announced her departure from NPR via Twitter.

Lulu has managed to maintain a clean profile to date. She hasn’t been part of any sorts of rumors and controversy that create a huge buzz in the media.

Lulu might have accumulated an impressive amount of wealth throughout her successful journalist career. However, she hasn’t yet revealed her exact net worth, salary, and other earnings in the media.

Talking about Lulu’s physical appearance, she has a fair complexion. She has a dark brown pair of eyes and her hair color is blonde.

Further, her height, weight, and other body stats are still under review.

The Journalist is quite active on Social media. She is active on Instagram under the username @lulugnavarro where she has more than 2k followers.