Updated On December 18, 2022 | Published By: Tony
Share this
Divorce 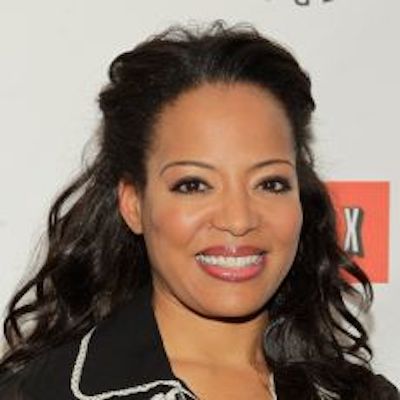 I don't have children, but I have 17 nieces and nephews, and they more than make up for anything that I can do. I have a stepdaughter, and I adore her to pieces, and I think about adoption. There are so many kids at different ages and stages that need families.

'La Lupe' is my passion project. I've done it as a one-woman show, but I'm raising money to turn it into a film. It's a story of a Cuban singer who became the Queen of Latin Soul, the first woman on the N.Y. salsa scene.

When I first came out to L.A., Hollywood's idea of a Latina was Mexican. It was almost like they had never seen or heard of an Afro-Latina before.

What is the relationship of Luna Lauren Velez?

Luna Lauren Velez has not revealed her personal life details. She is currently possibly single and data regarding her current boyfriend is not yet published.

But in the past, she was married to Mark Gordon for over two decades. They exchanged vows in 1993 and got divorced in 2015. Her ex-husband is a personal trainer by profession.

Who is Luna Lauren Velez?

For her acting in the TV show Dexter as María LaGuerta, she has won plus nominated for many awards. Such as NAMIC Vision Award, ALMA Award, and Screen Actors Guild Award.

In 2023, she will be seen playing a brief role in Transformers: Rise of the Beasts (a Sci-fi action film) alongside another actor named Anthony Ramos.

This project is in the post-production stage and is scheduled to release on 09 June 2023.

Her full birthdate is 02 Nov 1964 and her birthplace is Brooklyn, New York, United States. The name of her mother is Socorro Vélez and her father’s identity is José Vélez (New York City Police Department officer).

Further, Luna’s ancestry is Puerto Rican, and has a twin sister named Lorraine (actress). She also has 6 more brothers plus sisters.

As to her academics, she went to Beach Channel High School and Kingsborough Community College. Then she studied acting at The Acting Studio.

Luna Lauren Velez has appeared in many screen projects and her performances in all of them were much appreciated. In 1994, she did her debut with the movie I Like It Like That as Lisette Linares.

After this in 1995, she was seen in one episode of The Cosby Mysteries (TV Series) as Claudine Palmeri. Her notable roles in other small-screen projects are,

Besides this, Luna was also seen in many movies. Some of them are,

By the reports of 2022, Luna Lauren Velez has an estimated net worth of $3 million which she collected from her work.

But her annual salary and other incomes are not yet made public. As of now, her acting credits are a total of 54.

The cast of Transformers: Rise of the Beasts (2023’s movie) is keeping herself away from scandals along with desperate rumors.

Luna Lauren Velez’s height is 5 ft 4.5 inches and her body weight is 59 kg. Furthermore, she has dark brown hair, and her beautiful eyes are dark brown in color.

Also, she is on Facebook with more than 2.8k friends.