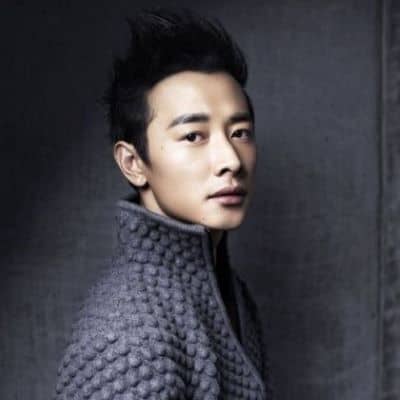 The couple announced that they were expecting their first child together in September 2019. After four months in December 2019, she birthed a baby girl.

At first, on 6 December 2016, Luo confirmed his relationship with actress Tiffany Tang. Tang and Luo Jin were first publicly seen together after being very involved in the filming of ‘A Beauty in Troubled Time (2012)’. They worked in many TV series, which the audience cherishes.

Who is Luo Jin?

Luo Jin is a Chinese actor and singer. He gained attention for his portrayal of Emperor Xian of Han in the illustrious historical drama Three Kingdoms (2010).

Luo made his acting debut through the drama ‘The Showroom Tale’ in 2003. Meanwhile, in 2007 his starring movie ‘Fujian Blue’ won the Dragons and Tigers Award and the 2007 Vancouver International Film Festival.

‘Winter Plums In Moonlight’, ‘Peaceful Days’, ‘On Return’ are some of his songs appreciated by their listeners.

The Chinese actor, Luo was born on 30 November 1981, Tonggu, Yichun, Jiangxi, China. He celebrates his birth anniversary on the 30th of November each year. According to western astrology, his star sign is Sagittarius.

Luo’s father is a civil servant and his mother is a doctor. He is the only son of his parents. His mother is a delightful lady who teaches her son to look at things beautifully without any hatred in his heart.

Reportedly, Luo was very mischievous when he was young. Despite being a playful kid, he was kind to small animals and was always grateful for his new toys.

Talking about the education degree, he is a graduate of Beijing Film Academy and now he has enough caliber to operate his studio named Luo Jin studio.

The actor has a fair skin complexion. His eye color is brown and his hair color is black. Besides, he is a 5 feet and 11 inches tall guy(1.71m). As an actor, he has a fit body but his exact body measurements are under review.

Luo Jin has an estimated net worth of $5.00 million which he earned from his occupation as an actor and a singer. However, his per-year pay is not revealed.

Around July 2000, there was a rumor that Luo Jin was cheating on his wife with his female assistant. It was spread all over the social sites but later he sent a microblog with strong evidence to deny that. On the evening of July 22, his wife gained a sense of security when he stood out publicly against the rumor.