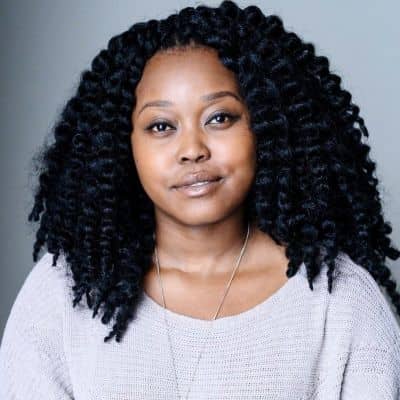 Is Luyanda Unati Dating Someone?

Luyanda Unati is possibly single. She has kept her personal life private and her love life away from media attention.

Luyanda Unati is a rising actress, who is known for her appearance in Hollywood movies and series.

The rising actress, Luyanda Unati has kept her exact date and place of birth a secret. Similarly, his ethnicity and nationality are unknown.

On the other hand, she has maintained her personal life secret. More information regarding her father, mother, siblings, and academic life is yet to be revealed.

In 2020, Luyanda started her mainstream acting journey by appearing as Angela in the 3 episodes of the American science fiction thriller series, Devs. Alex Garland is the creator writer and director of the following series, and it premiered on FX on Hulu on March 5, 2020.

Following that, in 2021, she was cast as a nurse in Florian Sigl’s 2022 German musical film, The Magic Flute. The other cast members of the series are Iwan Rheon, Jack Wolfe, Asha Banks, Sabine Devieilhe, Morris Robinson, Jeanne Goursaud, Lary, Jasmin Shakeri, Stefan Konarske, Elliot Courtiour, and others.

Recently, in 2022, she landed as Deputy Santiago, in the upcoming series, Wednesday.

She has been cast alongside, Jenna Ortega, Catherine Zeta-Jones, Isaac Ordonez, Gwendoline Christie, and others with supporting roles.

The primary source of Luyanda’s earnings seems to be working as an actor on TV.

Regardless, up to date, the rising star’s exact earnings and the fees she is charged for her appearance in the movies and TV shows are not revealed.

Therefore, Unati’s net worth and salary have remained a mystery for his fans as well as for the media.

To date, there are no rumors or controversies about, Luyanda as she has been able to maintain a clear profile in the media.

Luyanda Unati stands at an average height and decent weight. However, her other body measurements like chest, waist, and hips sizes are unknown.

Moreover, her physical appearance includes, a pair of dark brown eyes and black hair along with a brown complexion.

Luyanda owns an Instagram account under the username, @luyandalewisnyawo, where she is followed by more than 1.4k people.

Other than this, she is also active on TikTok, having around 849 followers along with 1.4k likes.