Lydia Bright is an English actress and Television personality.

During July of 2017, Lydia was in a relationship with Lee Cronin. The pair broke up soon after and at present, she is single. Furthermore, she does not have children from any of her relationships. 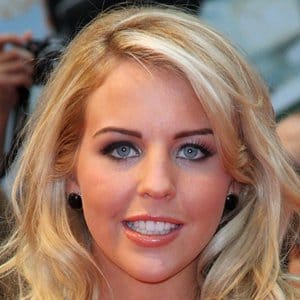 Who is Lydia Bright?

Lydia Bright is an English actress and Television personality. She appeared on the popular television series ‘The Only Way Is Essex’. Additionally, she also has a clothing and accessory shop called Bella Sorella.

Bright was born in Southwark, United Kingdom on January 20, 1990, to parents Debbie Bright and Dave Bright. She is 30 years old. She has three siblings, Romana Bright, Georgia Bright, and Freddie James Bright.

Additionally, she has three foster siblings. She became interested in the world of acting in her childhood years. She is of British nationality. Additionally, there are no details available about her ethnic background at present.

Talking about her education, Bright attended a language school called Anglo European for secondary school. In addition, she was involved in the school orchestra and she played the violin.

Bright initially worked various jobs. She first appeared in the ‘The Big Fat Quiz of the Year’ in 2011.

In the same year, she also appeared in ‘Gordon Ramsay: Cookalong Live’. The following year, she was involved in the television documentary ‘The Amazing Spiderman T4 Premiere Special’. Since then, she has appeared in numerous other television series. All in all, she has 12 credits as an actress.

Some other television series that Bright has appeared in are ‘Mastermind’, ‘The Crystal Maze’, ‘The Jump’, ‘Celebrity Island with Bear Grylls’, ‘Loose Women’, ‘The Wright Stuff’, ‘Trigger Happy TV’, and ‘Who’s Doing the Dishes?’. Furthermore, she has not been linked with any award nominations in her career to date.

Bright has not revealed her current salary. However, she has an estimated net worth of around $ 700 thousand at present.

Bright’s separation with James Argent was controversial as she caught James drug use which she later described as ‘cocaine binge’. Furthermore, her appearance in the television series ‘Celebrity Mastermind’ also received criticisms after she failed to answer most of the questions asked to her.

Bright is active in social media. She has a huge number of followers on social networking sites such as Instagram and Twitter. She has more than 1M followers on Twitter. In addition, she has over 1.2 million followers on Instagram.