Skip to content
Married Biography
Married Biography / Entertainment / Lydia Bright reveals how she was almost going to quit showbiz due to online trolls! Government to make laws to check trolls!

Updated On November 16, 2022 | Published By: shahid | In Interesting Facts , Legal , Wellness
Share this 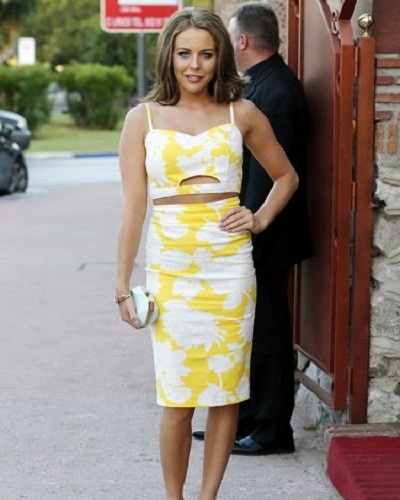 Lydia Bright and her recent revelation

Actress Lydia Bright revealed that she was trolled badly when she was 18 and nearly quit show business. Lydia was speaking on Tuesday night at the HELLO! to Kindness event on which she was a panelist.

Lydia said that she was so severely affected Ted by those trolls that she had almost made up her mind to quit acting.

It was the help of the psychologists employed by the production company of TOWIE that saved her and she learned how to ignore bullies.
The panel discussion was held at Apple’s studios. Lydia said:

“I was the victim of severe Twitter abuse when I first started on TOWIE,”

“I was only 18 and when I first started Twitter was just starting too and I was playing myself and people had opinions on that and they weren’t thinking about things before they put it out there.”

“I knew I’d taken this job role on where I was putting myself out there but I was not ready for the abuse that I got at the beginning. TOWIE at its height was getting 1.3 million views, and some weeks I’d be getting 50,000 tweets an hour. Sometimes they were really against me. I struggled – I was young, I was new to the industry, it really did affect me. At times I thought I really couldn’t do this anymore. It was supposed to be the best time in my life and I was given the opportunity of a lifetime and instead, strangers who I’ve never met were completely ruining my experience.”

On the panel were also Dr. Dawn Harper, technical expert David Phelan, editor of Hello!, and anti-bullying ambassador Tessy Ojo. Dr. Dawn stated that the number of women and young people not seeking help for mental problems is on the rise.

“I see a huge amount of young people with mental health issues, way more than I did when I first started general practice 25 years ago. And I have no doubt that social media has a massive impact on that.”

Lydia admitted that it was due to the wonderful psychologists that she managed to bounce back in life. Lydia added that family support also matters.

“I had a lot of support around me. Part of The Only Way is Essex’s obligation is that there psychiatrists there to help us with that, I had my family, but I do often think about young people who don’t have that. People need to thing before they do these things, because when you’re young you really take it on board.”

Tessy Ojo emphasized that life values play a great role in the prevention of such acts. He said:

“Think before you speak and show respect. One of our quick slogans is, ‘How would your grandma feel if she saw what you’d posted?’ These are messages that are true for everyone, both young and old.”

Earlier in the day, Margot James, Minister for Digital had announced that their government will soon be releasing an Online Harms White Paper which will lay out clear expectations and guidelines for online companies on how to check on such trolls.

They will be required to check and remove such vicious online content on their website and also ensure the safety of social media users, especially children, young people, and vulnerable adults.

“From a technological point of view things are a lot better than they’ve ever been,”

Lydia Bright is an English actress and Television personality. She appeared in the popular television series ‘The Only Way Is Essex’. Additionally, she also has a clothing and accessory shop called Bella Sorella. More bio…