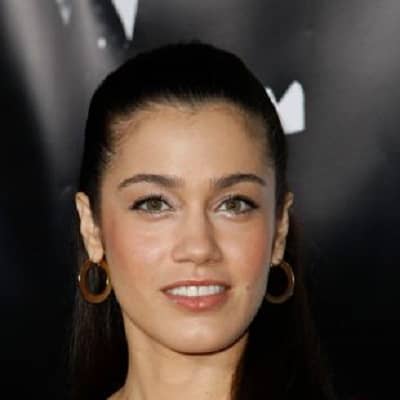 At present, Lymari Nadal is single currently. However, she had some affairs in the past.

Lymari was in a married relationship with her long-term partner, Edward James Olmos. Edward is 31 years older than her and is a famous Hollywood actor, producer, and director. The couple married in 2002.

The couple was together for more than 11 years. Sadly, they got separated in 2013. The star was his third wife.

Also, she was the stepmother of his two children: Mico Olmos, and Bodie Olmos.

Edward’s first marriage was with Katija Keel in 1971.

The couple had two children, Bodie and Mico. However, the two were apart in 1992.

Edward had his second wedding with Lorraine Bracco in 1994. However, they divorced in January 2002. they adopted four children.

Who is Lymari Nadal?

Lymari Nadal is a well-known Puerto Rican actress, producer, and scriptwriter. She is famous for appearing in movies like American Gangstar and Battlestar Galactica: The Plan.

Also, she is the producer as well as writer of the movie, America which was released in 2012.

Lymari Nadal was born on 11 February 1978. Presently, her age is 43 years old. Likewise, her birthplace is Ponce, Puerto Rico. Nadal’s father’s name is Daniel Nadal and her mother’s name is Anaida Torres.

Talking about her nationality, she has an American identity whereas her ethnicity is Puerto Rican.

About her education details, Lymari earned her graduation degree from high school at Academia Santa Maria. She gained her Master’s degree in Chemistry from the Pontifical Catholic University of Puerto Rico. At that time, she also joined acting classes.

After her college life, Lymari worked in theatre in San Juan. She shifted to Los Angeles in 2001. Based on her own grad school experience, Nadal wrote a Television sitcom. It was selected and expanded by the ‘ABC’ network but never screened.

In the year 2002, Nadal made a debut as an actress in the American Television series, ‘American Family’ portraying the role of Linda. Following her debut, she performed the title role in Federico Garcia Lorca’s ‘Yerma’. Also, she played the role of Marisol in Thieves and Liars.

One of the most remarkable roles that Lymari has played is Frank Luca’s wife in the 2007 crime movie American Gangster. She performed the leading role along with Hollywood star Denzel Washington.

For her performance, Nadal and her co-star earned ‘Screen Actors Guild’ nomination for ‘Outstanding Performance by a Cast in a Motion Picture ‘.

The gorgeous actress has also been featured in an episode of a Spanish-language talk show ‘Mas Vale Tarde’. Alex Cambert hosted the show.

Another remarkable act of Lymari was in the three-hour miniseries ‘Battlestar Galactica: The Plan’ emerging the role of Giana in the year 2009. Freshly, she is engaged in a musical drama, La Leyenda.

The hard-working personality has earned handsome income from her multiple profession. She is active in her field from 2002 till now.

It is reported that Lymari Nadal has an estimated net worth of $10 million.

However, Nadal has never revealed her exact earnings, salary, income, and property details till now.

The gorgeous actress has never been part of any controversies or rumors till now.

It seems she is uncomfortable sharing her thoughts with the public and prefers to maintain distance from the media life.

The gorgeous star has stunning looks and body figures. Lymari stands a tall height of 5feet 8inches. Likewise, she has a balanced bodyweight of 57 kg.

Additionally, she has hazel eyes as well as black hair color.

About her social media presence, the gorgeous star is active on social media. Nadal has nearly 10.8k followers on her official Instagram @Lymarinadal.

Lymari is also available on Twitter with nearly 2k followers. Also, she is active on Facebook with more than 2.5k followers and fans.

It seems that the great personality is not a social media freak.