Lynda Day George is an American Actress. Lynda was married twice previously and is the mother of two. 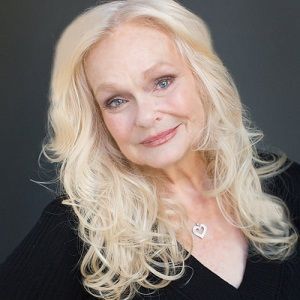 Previously, she was married to Joseph Pantano in 1963 and welcomed a son named Nicholas ‘Nicky’ George from his past relationship. But, Lynda left Joseph in order to marry Christopher George. The couple tied their knot on May 15, 1970, and welcomed a daughter named Krisinda Casey George(born July 22, 1972, in Los Angeles). Unfortunately, George died on November 28, 1983, because of a heart attack at the age of 52.

After that, she married Doug Cronin in 1990 and he also died of cancer on December 4, 2010. At the time of his demise, the family was living in Los Angeles, Gardiner, Washington. Currently, she lives in Toluca Lake, California.

Who is Lynda Day George?

Lynda Day George is an American actress doing TV ads and catalogs. She is famous for her recurring role as Lisa Casey on ‘Mission: Impossible’ from the year 1971 to 1973.

She was born on December 11, 1944, in San Marcos, Texas, USA. Her birth name is Lynda Louise Day and she is currently 76 years old. Lynda has not disclosed information about her parents.

During her childhood, she would spend her summer holidays in New York. She initially wanted to become a surgeon but later changed her mind to modeling and acting.

She had a brother whom she lost due to cancer during the 1970s. Lynda was an activist against ozone-later depletion. She later considers Peter Graves as her acting mentor.

Lynda holds American citizenship but her ethnicity is unknown.

Talking about Linda’s education history, she has not disclosed any information regarding her college and university names.

Lynda began her career in acting in guest roles in different television series such as ‘Route 66’, ‘Here Come the Brides’, ‘The Fugitive’, ‘It Takes a Thief’, Bonazaana’, etc. She got her first major role as Amelia Cole in the television series ‘The Silent Force’ which ran from 1970 to 1971.

She made her major breakthrough playing the role of Lisa Casey in the critically acclaimed series ‘Mission; Impossible’, which helped her earn a Golden Globe nomination in 1972 and an Emmy Award nomination in 1973.

After that, she made her appearance in the 1966 independent film ‘The Gentle Rain’ alongside actor Christopher George. Both of them fell in love with each other and tied their knot on May 15, 1970.

After the death of her husband, Christopher, she thought she could not act without him and she portrayed guest roles in ‘Fantasy Island’ in 1984, ‘Hardcastle and McCormick’ in 1985, ‘Blacke’s Magic’ in 1986 and appeared on an episode of the revived ‘Mission: Impossible’ in 1989 and after shortly, she retired from acting career.

The talented actress must have earned a decent amount of money from her career however, she has not revealed her salary and income but her net worth is  $16 million.

She along with her husband, Christopher George filed a suit to have Nicky Pantano legally declared as George’s natural son.