Lynn Collins is an American actress. She has made television appearances in True Blood and Manhunt: Unabomber. Her films are X-Men Origins: Wolverine and John Carter. Wikipedia 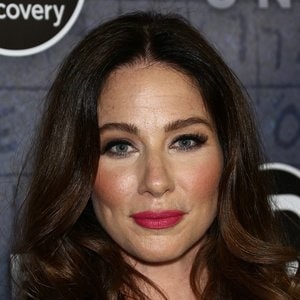 “I've studied astrology for many, many years, and I feel like it's an incredibly challenging art.”

Lynn Collins is a married woman. She has been married to her boyfriend, Matthew Boyle since November 2014. Matthew is a musician and the duo got engaged in December 2013.

The couple welcomed a child, Asher Hendrix Boyle in January 2015.

She was previously married to a well-known fashion model and rock singer, Steven Strait from 2007 to 2013. She was also linked with the British actor, Charlie Fox in 2004 but the relationship ended after a year.

In addition, she was also linked with Canadian actor Keanu Reeves.

Who is Lynn Collins?

Her father’s name is Philip Dean Collins and her mother’s name is Patricia Lynn Campbell. They are both martial artists and she belongs to English, Scottish, and Irish ancestry.

Her parents moved to Singapore when she was four years old and dis her schooling from there.

Lynn holds American citizenship and her ethnicity is mixed(English, Scots-Irish).

She did her schooling at Singapore American School and later joined Klein High School in Texas. Also, she achieved a degree in Fine Arts from Julliard Schol’s Drama Division in 1999.

She debuted her acting career from the American legal and crime drama TV series ‘Law & Order: Special Victims Unit’, which was created by Dick Wolf in 1999. After two years, she appeared in the TV series ‘The Education Max Bickford’ and ‘Earth Angels’.

She debuted her film career from the movie ‘Never Get Outta the Boat’ in 2002 in which she portrayed the character, Stacy. After a year, she appeared as Beatnik Girl in the film ‘Down with Love’.

She made herself more recognized from the role of Portia in the film ‘The Merchant of Venice’ in 2004 and increased her fame after she was cast as Jason Stackhouse’s girlfriend Dawn Green in the HBO series ‘True Blood’ in 2008.

After that, she got the opportunity to play Kayla Silverfox in the film ‘X-Men Origins: Wolverine’ in 2009. Then, she performed as Dejah Thoris in the film ‘John Carter’ in 2012, Samantha Crawford in ‘Unconditional’ in 2012, Marla in ‘The Hollow Point’ in 2016, and as Natalie Rogers in the series ‘Manhunt: Unabomber’ in 2017.

The talented actress has an estimated net worth of around $3 million and she has earned that sum of money from her career.

But her salary and other earnings are not disclosed.

There was a rumor that Collins has had a rhinoplasty procedure as her original nose was bulbous. Currently, it is observed that her nose has been refined to match her facial features, giving her an edgier look.

Lynn Collins has a height of 5 ft 8 inches and she weighs 62 kg. She has brown hair and green eyes. Her body measurement is 36-25-34 inches.

To know more about Johann Urb, Joy Bryant, and Chloe Bridges, please click on the link.