Lynn Noe is a founder of a group named "Life After Divorce Is Eventually Sane" (aka L.A.D.I.E.S.)!

She was first married in 1953, to Michael Angelo Pontrelli. With him, she has one child: Cheryl Landon (aka Cheryl Ann Pontrelli). The couple divorced in 1957 after a married relationship of about four years.

Next, Noe married Manny Baire around the late 1950s or very early 1960s. They, however, divorced in 1962, without any child born to them as a couple.

Thereafter, she married Michael Landon on 12 January 1963. The couple together had four children: Leslie Landon, Michael Landon Jr., Shawna Landon, and Christopher Landon. They divorced in 1982. 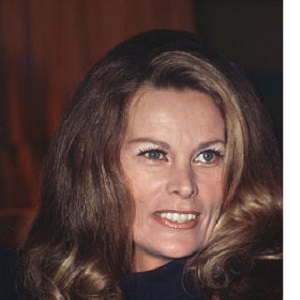 Who was Lynn Noe?

Lynn Noe was an American actress. She was best known for Around the World in Eighty Days (1956) Because You’re Mine (1952) and The First Traveling Saleslady (1956).

Noe died in November 2015, aged 82 in the US. She said goodbye to the world due to pancreatic cancer.

Noe was born on 6 June 1933, in Louisville, Kentucky, the United States of America. Her nationality was American and her ethnicity was Caucasian.

Her birth name was Marjorie Lynn Noe. Other than her date of birth and place of birth, the mainstream media knows nothing much information about her. This includes the whereabouts of the info on her parents, siblings, early childhood and teenage days, ethnic origins, place of upbringing, etc.

Similar is the info regarding her educational background and qualifications as well.

The mainstream media knows nothing much information regarding the exact onset of the career of Lynn Noe to date. She was first seen in the year 1952 in the movie Because You Are Mine. In the movie, she had an uncredited role of a maid.

In the 1960 TV series Bonanza, she had an uncredited role of a saloon girl in the episode- Bitter Water. Other than the above information, there is not much info regarding her career.

Noe died at the age of 82 in the month of November 2015, in her home country of the United States of America.

Her net worth was estimated to be $1 Million as of 2022. However, her salary is unknown.

Noe managed to keep her personal life away from the media. There were no instances known in her lifetime, in which she was dragged into any kind of significant rumors and controversies.

She managed to keep a good image in the eyes of the general public.

Lynn had dark brown hair and blue eyes. Furthermore, there are no details regarding her body measurements.

Also get to know more about Ally Maki, Devenity Perkins, and Merritt Wever.

Bai Ling
Tags : Actress Around the World in Eighty Days