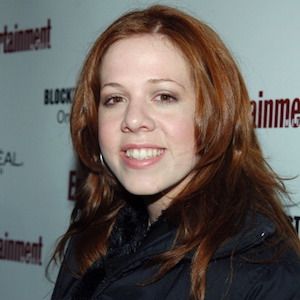 What is the relationship of Lynsey Bartilson?

Lynsey is currently enjoying her conjugal life. She exchanged vows with Cru Moore.

The duo started to date back in 2014 and later tied the knot in a private wedding on 4th September 2016.

Lynsey Bartilson is a beautiful American actress, dancer, and singer. She is known for her acting skills.

Lynsey is popularly known for her role on the Fox/WB sitcom “Grounded for Life” as Lily Finnerty. The talented actress is also popular among the audiences for her beautiful alluring body.

Lynsey, being born on July 1, 1983, in Minnesota was keen on acting from a small age. Her ethnicity is mixed(Ashkenazi Jewish, Norwegian, Dutch, English, Irish, and French) and her nationality is American.

Her mother’s name is Laurie Jo (Neiger) and her father’s name is Stanley Wayne Bartilson, Jr. Most of her past and childhood incidents are not known to the public yet.

As she made her acting debut at the age of 11, it is clear that her early life and childhood were totally spent in acting and taking acting lessons allegedly.

Lynsey Bartilson started acting from a very young age. She was 11 when she debuted in the feature film “The Good Life” as a Barney Singer. This, for sure would help to shape her acting career in the future.

Back to back, she also starred in two movies in 1995, a year after her debut in the film. She continued on playing small roles in movies until the year 2001. Almost after 6 years of her debut, she was cast for playing the main role in an American television sitcom “Grounded for Life”.

Her character of Lily Finnerty raised her fame to the peak. She played this role for 91 episodes which made her popular among the audiences and the media.

This gave her a golden ticket to the movie industry for some major roles on screen. This earned her another main role in the animated television series “The X’s”.

As per her singing career, she has recorded the song ‘This Christmas I Will Give My Love to You and Rockin’ Around the Christmas Tree.

Her salary is not known as there is no official information regarding it. As of 2022, she has an estimated net worth of $1.5 million.

Lynsey, despite being sensual and alluring hasn’t dragged any relationship rumor till now.

She likes to keep him in the spotlight which takes her off the radar from the controversial media headlines.

Lynsey Bartilson has a height of 5 feet 2 inches and weighs 58 kg.

Her body measurements are 35-24-35 and her bra size is 35B. She has red hair color and hazel brown eyes color. Her dress size and shoe size are unknown.