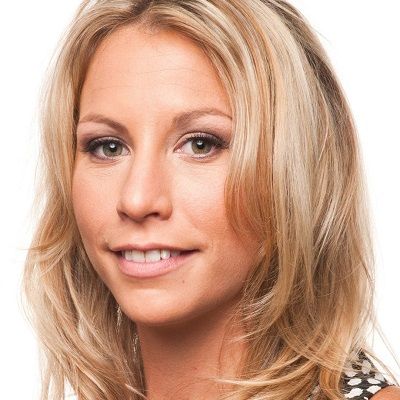 Lyssa Chapman became a teen mom and gave birth to a girl, Abbie on June 11, 2002, in Fairbanks, Alaska.

Lyssa is currently engaged with Leiana Evensen. She is a fitness trainer and scuba diver. They were together since 2017 and sources say that this couple exchanged rings in 2018.

Previously, she was married to Brahman “Bo” Galanti. Their wedding was held on Feb 20, 2009, in Hawaii.

Their first child, Madalynn Grace Galanti was born on Aug 07, 2009. As Galanti used to assault Lyssa, she filed for divorce in 2011.

Who is Lyssa Chapman?

Lyssa Chapman is an American Businesswoman and TV personality. She is also known as Baby Lyssa and was noted in the show Dog the Bounty Hunter.

Lyssa is also a former bail bondswoman and bounty hunter.

She was born as Lyssa Rae Chapman on June 10, 1987, in Denver, Colorado, USA. Her father is Duane “Dog” Chapman and mother, Lyssa Rae Brittain. Lyssa was with her father till age 10 then she was raised by her mother.

She has a Caucasian ethnicity. Her brother is Tucker Chapman and her sister was Barbara Chapman (died in 2006).

In her early career, Lyssa worked for her father at his bail bonds company, Da Kine Bail Bonds. Then she joined him with his show Dog the Bounty Hunter.

This show was telecasted in the A&E TV network from 2004 till 2012 and has eight seasons. In this show, Lyssa with her family and friends used to catch the wanted criminals.

But now Lyssa doesn’t work with her father. In fact, she along with her partner has opened a tanning salon.

Besides this, her autobiography Walking on Eggshells: Discovering Strength and Courage Amid Chaos was published in 2013.

On March 15, 2011, Lyssa was arrested in Hawaii. She was held for criminal property damage and assaulting a police officer.

The police captured her at 3.30 AM as she was intoxicated and was banging residents’ doors. On Wednesday afternoon she was bailed and set free.

This businesswoman has an estimated net worth of $500 thousand US.

The salon owner in the USA yearly earns around $35k-$120k US. Similarly, a TV personality’s average salary is around $28k-60k US per year.

She has grey eyes and blonde hair. Her height is 5 feet and 1 inch.

Her Instagram has around 233k followers and over 932 posts.