M Lamar is an American composer, musician, and pianist.

M Lamar’s relationship status is possibly single. He has not revealed the details of his affair or girlfriend with the public. 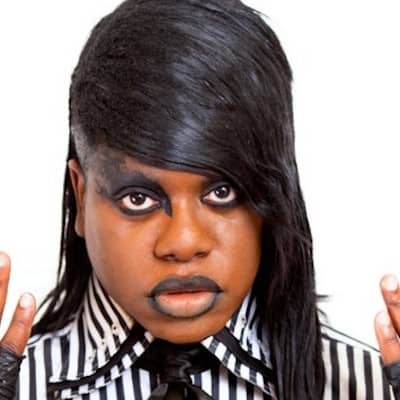 Who is M Lamar?

M Lamar is an American composer, musician, and pianist. His vocal range is equal to that of female and has sung songs as They Took You From Me, Carrying, etc.

He has appeared in his sister’s role in two episodes of Orange Is the New Black.

He was born as Reginald Lamar Cox on 29 May 1972 in Mobile, Alabama, USA. The name of his father is unknown and his mother’s name is Gloria.

M’s ancestry is All-American has a twin sister, Laverne Cox. She is an actress and LGBTQ+ supporter.

Talking about his academics, he passed out from the San Francisco Art Institute and studied painting. He also attended Yale School of Art to study sculpture but he dropped out.

M Lamar is now one of the popular faces of the musical industry. He is inspired by spirituals, opera, blues, and rock music.

His first self-released album was Souls On Lockdown ‎in 2010. Then after three years, he came out with Negro Antichrist. His latest album that came out in 2019 was titled Lordship And Bondage: The Birth Of The Negro Superman.

M has also other two musical projects Speculum Orum: Shackled To The Dead ‎(2013) and Funeral Doom Spiritual ‎(2017). He has also two EPs, one is under his own name and the other one is titled Autumn Leaves .

Currently, his estimated net worth of around $500 thousand. However, his salary and other earnings are unknown.

His twin sister has assets worth $4 million.

This star composer is keeping himself away from rumors and is also not surrounded by any desperate scandals.

Regarding M Lamar’s body features, his height and his body weight are average. Moreover, his eyes are dark brown but his hair color is black.

Also, he has a YouTube channel with more than 633 subscribers.