Mabel Chee is an American model. She is also a social media star known for her Instagram and YouTube posts. Mabel Chee's relationship status is possibly single.

She enjoys spending time in the water, which is why her fans often portray her as a mermaid and she enjoys surfing too. 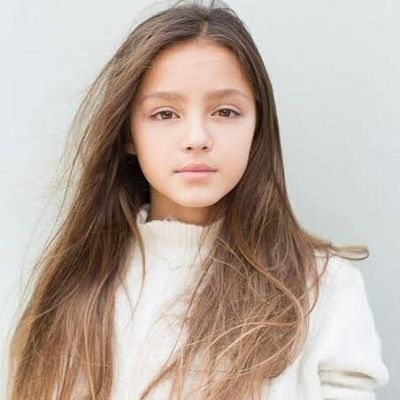 Who is Mabel Chee?

Mabel Chee is an American model. She is also a social media star known for her Instagram account and a passionate dancer who never misses an opportunity to dance in front of a camera.

Mabel Chee was born on November 18, 2005, in Brooklyn, New York, the United States. She is a Scorpio.

Her father is Max Chee and her mother, Rebecca Chee and belongs to the Irish- Scottish ancestry. She has two sisters, Lily Chee, who is also an actress, model, and Nuala Chee, who is an Instagram star.

Mabel Chee has modeled for Marc Jacobs, Gap, and Bloomingdales.

Mabel is known for her innocence and her ability to speak her heart out. She tries to keep her videos as simple as possible without compromising their entertainment value.

Mabel also posts pictures and videos taken during her holidays, which are loved by her fans.

Her first video is titled ‘Q & A ft. Mermaids & The Cutest Dog Ever’.

Mabel posted a few videos about make-up and daily routine. Her most viewed video is ‘Night Time Routine’.