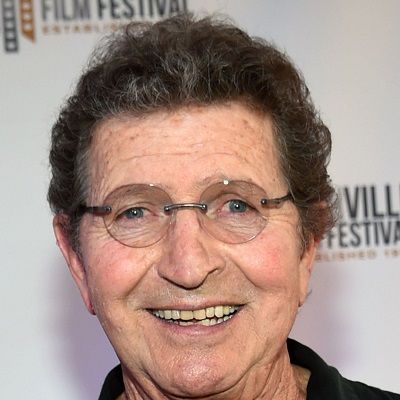 In the Ghetto, I'd been trying to write for years

Every performer who ever performed in rock and roll or even close to it is lying if they tell you that they weren't influenced in some way or another by Elvis Presley. He turned the world around

There was a chance for me to write one song for the section where Elvis sat in his black leather outfit and sang the old hits. At eight oclock the next morning I had written Memories

It's pretty amazing to me that my first hit record was an Elvis Presley record.

What is the relationship of Mac Davis?

At the time of his death, he was married to Lise Kristen Gerard since the year 1982.

First, he married Fran Cook in the year 1963. But, after living together for around five years, he divorced his wife in 1968.

Then he exchanged vows with Sarah Barg in the year 1970. But he ended his six years of relationship with Sarah in 1976.

Mac Davis is the father of three children, Joel, from his first wife and Cody, and a daughter named, Noah from his third marriage.

Who is Mac Davis?

In the 70s, he was one of America’s most popular entertainers, a countrypolitan-styled singer, and an actor who found great success in both fields.

Mac Davis was born on January 21, 1942, in Lubbock, Texas. Currently, he is 78 years old. He was born as the son of T. J. Davis and Edith Irene Davis. He is of American nationality and his ethnicity is Caucasian.

Mac Davis graduated at the age of 16 from Lubbock High School in Lubbock, Texas.

In 1968, Elvis Presley recorded Davis’ “A Little Less Conversation”. Soon after that, the King was requesting more of his writing. After making a Top 40 hit with Davis’ “Memories,” Presley was able to get the Top Five in 1969 with the songwriter’s “In the Ghetto,” a single from Elvis in Memphis LP.

Furthermore, Davis also arranged the music for Presley’s first TV special. In that year, Mac also released his first chart single, “Whoever Finds This, I Love You,” from his debut album, Song Painter.

In 1972, Mac released a number one pop hit with “Baby, Don’t Get Hooked on Me,” which also reached the country Top 20. Moreover, his crossover success continued throughout the decade.

This was possible with singles like 1974’s “Stop and Smell the Roses,” 1975’s “Burnin’ Thing,”. The following year, Mac Davis released “Forever Lovers” scoring with listeners in both camps.

Moreover, between 1974 and 1976, Davis hosted a musical variety show for NBC television, followed by a string of specials; in 1979. Furthermore, he also starred in the film North Dallas Forty with Nick Nolte.

Similarly, Mac’s success continued in the early 1980s; “It’s Hard to Be Humble,” the title track of his 1980 album, was the first of four consecutive Top Ten country hits he released alongside his biggest country single, “Hooked on Music,” the following year.

In 1980, he also starred in a movie called Cheaper to Keep Her. However, a co-starring role opposite Jackie Gleason and Karl Malden in 1983’s catastrophic The Sting II ultimately ended his career in Hollywood.

By 1985, Mac Davis had recorded his last Top Ten hit, “I Never Made Love (Till I Made Love With You).” Additionally, in 1990, Davis made a comeback as a songwriter, co-authoring Dolly Parton’s hit “White Limozeen”.

In addition to this, the same year, he also took over the title role in the “The Will Rogers Follies”. Will Write Songs for Food, his first LP in nearly a decade, appeared in 1994.

Unsurprisingly, Mac won several awards during his rich and busy career. This includes the Academy of Country Music’s Entertainer of the Year Award in 1974 and the inaugural People’s Choice Award for Favorite Male Singer in 1975.

Because of his rich career, it is of no surprise that Davis’ net worth amounts to a hefty total of $15 million.

However, there are no pieces of information regarding Mac’s annual salary at the moment.

Mac Davis has a height of around 5 feet 9 inches. However, there is no information about his weight.

Already at the age of 77, Mac is not active on social media sites.

You may also like to read about the bio, career, body measurements, net worth of Lisa Marie Presley, Lorrie Morgan, Michael Ray

Is Mackenzie Davis on the verge to turn her crush into boyfriend? Is her crush her co-star? Find out!