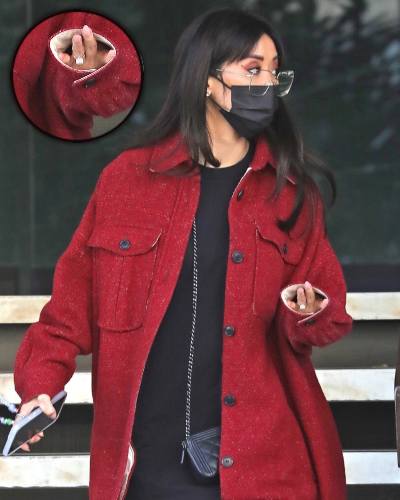 Four years after dating, the Home Alone star and the Disney alum are reportedly ready to head their relationship to the next level. On January 25, Song, 33 was snapped with a gorgeous diamond ring on her left hand while stepping out in Beverly Hills.

The happy moments come just less than a year after Song gave birth to their first child a son on 5 April 2021. They named their first baby after Culkin’s late sister Dakota Song Culkin.

The couple released a joint statement about the arrival of their first child.

Dakota’s birth weighed 6 pounds, 14 ounces. However, his parents kept him away from the spotlight of the media.

Macaulay and Brenda first met on the set of Changeland in Thailand. In July 2017, they were first spotted while grabbing dinner at Craig’s, an Italian restaurant in Los Angeles. They went on a double date alongside Changeland director Seth Green and his wife Clare Grant.

The following month, Song posted a group photo to Instagram in which she posed alongside Culkin. However, the couple keeps their relationship private.

They occasionally post each other’s pictures on their respective social media handles. In August 2020, Song wrote a birthday tribute to her beau on his 40th birthday via Instagram.

“Happy 40th birthday to this magical being. I could sit here and write endlessly about how wonderful, kind, loving, genuine, loyal, honest, brilliant and hilarious you are, and how grateful I am that I get to share and do this life thing with you,”

“But firstly, that would take me an eternity and secondly, you won’t even see this because you don’t ever use instagram. Hahaha,”

Also read “Macaulay Culkin Wants To Start The Family With Her Girlfriend Brenda Song; They Are Trying To Have A Baby?”

Macaulay Culkin is an award-winning American renowned actor as well as a musician. He is best known for his role as Kevin McCallister in Home Alone and Home Alone 2: Lost in New York in the early 1990s and My Girl. See more…

Brenda Song is an American actress. Likely, Brenda Song started her career as a child fashion model. Also, Brenda Song is involved in film production and is widely regarded as an upcoming Hollywood diva.

The American media is in quite an awe of her and includes her in the ‘rising Hollywood stars’ list, time and again. See more…