Mackenzie Rosman is an American TV and movie actress. She is low-key about her present affair.

As per the sources, Rosman has not been dating any man which is good news for her male fan followers.

However, she is single currently. If she is in any relationship she has kept a secret and not revealed anything about her love life. As for now, we might consider Rosman to be a single woman. 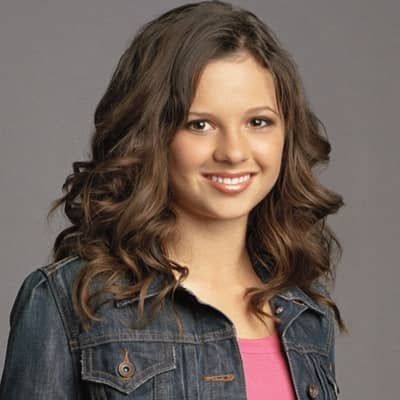 I don't deal with the whole 'bad boy who doesn't call you.' That doesn't interest me at all, and I just look the other way.

I've never been strong with my time-management skills.

Who is Mackenzie Rosman?

Mackenzie Rosman is an American TV and movie actress who has appeared in various films, tv series, and big stages.

Likewise, she is famous for ‘Ruthie Camden’ in The WB’s long-running drama series 7th Heaven and ‘Zoe’ in the 2010-2011 Tv series, The Secret Life of the American Teenager.

Mackenzie Rosman was born in Charleston, South Carolina, the United States on December 28, 1989. As of 2021, she will be celebrating her 32nd birthday.

She was raised up by her mother, Donna, and a step-father, Randy. Likewise, she has a brother namely Chandler, and had a stepsister Katelyn Salmont. Unfortunately, her stepsister Katelyn died on December 25, 2008, aged 22 after suffering from pneumonia and cystic fibrosis. Rosman was interested in horse riding since her childhood.

She is of American nationality and her ethnicity is mixed (English, German, Scottish, Swedish). Similarly, her birth sign is Capricorn. Talking about her education, she completed her graduation from Valencia High School in May 2007.

Mackenzie actually wanted to pursue her career as a horse rider. However, she decided on her journey towards television appearances and movies.

Rosman made her professional movie debut aged 7 years where she acted Ruthie Camden on The WB’s long-running drama series ‘7th Heaven’ in 1996-2007. Altogether, she has done 236 episodes in the respective series.

Moreover, she has portrayed the role of Zoe in the 2010-2011 Tv series, ‘The Secret Life of the American Teenager.’ Her role in the series got huge recognition and was much appreciated by the audiences and critics.

Besides, TV series she has acted in the 2013 horror film ‘Beneath’ in the role of the character Deb. Similarly, she also appeared in the romantic tragic comedy movie ‘Gideon’ as Molly MacLemore.

Moreover, some of her other movie appearances are:

Moreover, she has also produced the short, Love Will Tear Us Apart.

Mackenzie was nominated 6 times for the Young Artist Awards and finally won the award in 2004.

Of all her acting, movies, and dedication, why not Rosman has a net worth of around $4M as of 2022. Likewise, Mackenzie is a dedicated and hardworking person who focuses on her professional career.

There are no rumors and controversies about her personal life or professional life. Likewise, Rosman is a dedicated and respected personality who tries to mark her place in the showbiz industry.

Mackenzie stands at 5 feet 0 inches tall and weighs 50 kg. Similarly, she has a slim-shaped body with a measurement of 33-25-35 inches. Her dress size is 6 and Bra size is 34B. She has dark brown hair and brown color eyes.