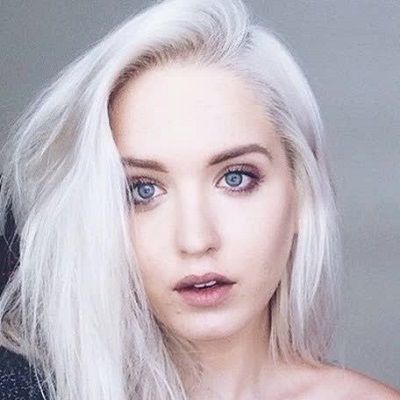 " It feels so amazing! When I first started on YouTube seven years ago, I genuinely had no intention of getting views, subscribers, or fans whatsoever at all. It was strictly to share my music and different renditions of songs with my family, and a creative outlet for me to go to when I didn’t have anything else."

"It’s crazy to think about how that turned into something so influential for me and other people. I’m so grateful that I can connect and relate to so many people. All I can say is thank you to everyone who has been listening and subscribing. You are the reason for my opportunity in music — and also thank you to my day ones, who have been watching me since I started seven years ago. This means so much to me."

"It really depends on what I’m feeling. Sometimes I’ll go with what’s trending, sometimes I’ll go with a song I just absolutely love, and sometimes I’ll let my fans have full control over what I sing. It really depends on how I’m feeling. I love having the freedom to be creative and have full control of how I produce my content." I started noticing that my subscribers really loved seeing the “behind the scenes” of my life. I don’t always show what goes on when the camera is off, but I found that’s a better way to let my followers peek into my life, whether it’s filming me and my team on tour, in the studio, or on the road. I got such a good response on my tour videos that I just kept doing them. I’m really excited about the videos for this year. I’m going to be releasing a lot more original music this year, and I’m excited for everyone to see the process of that.

Macy Kate feels liberated when she helps people and also when she lends a helping hand in the church.

Who is Macy Kate?

Macy Kate is an American pop singer. She is renown for the YouTube cover song Radioactive.

Macy Kate was born Macy Marshburn on January 19, 1998, in St. Petersburg, Florida. Her father is a businessman and her mother is an interior designer for a hotel.  They are of English-Scottish ethnicity.

Macy shares a strong bond with her family, especially with his brother. He is a swimmer.

She was homeschooled. She took Classical Piano lessons for five years, starting at the age of five.

Kate started her career at the age of 13 with the girl group in  Atlanta. Later, She started her own YouTube channel after the group broke up.

2012- she was the youngest contestant of Fox Television’s  X- factor season 2.

2014- she was a top 8 contestant for the ABC’s singing reality TV show Rising Star and released her first singles you Gave Me Love.

In 2015, she made numerous TV shows which includes ‘Warped Tour.’, ‘Good Morning America,’ ‘ABC Television,’ ‘NBC Television,’ and ‘Teen Vogue’. In the same year, she was featured in the magazine including ‘Billboard Magazine,’ and ‘Pop-Star Magazine’.

Along with the TV, she earned huge popularity from her cover song Dragon’s song ‘Radioactive’ with more than 35 million views. Shape of You, Closer, No are some of her famous cover songs.

Currently, she is working for Flo Rida’s record label in Miami.

Macy’s has an estimated Net Worth of $0.5 million US. Her earnings, as a pop singer is $66k US or above.

She is a blue-eyed blonde. Her height is 5 feet and 9 inches and weighs 55 kg.