Model and Actress Madalina Diana Ghenea is in a relationship and a mother of one.

Madalina Diana Ghenea’s relationship status is taken, Since 2015, she is dating a guy named Matei Stratan.

Together, she and her boyfriend welcomed their first child, a daughter in April 2017.

The rumors of Madalina romancing with Leonardo DiCaprio were spread in 2011. it was also said that she had an affair with musician Eros Ramazzotti.

Moreover, she had brief flings with actors like Gerard Butler in 2012 and Michael Fassbender in 2013. 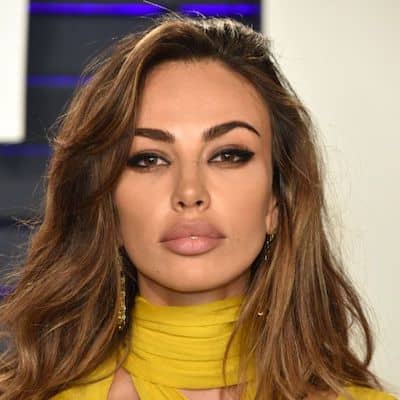 Just be natural and be yourself. Go outside and discover the world. And meet people. Be open. Open your heart. That's work. Work hard. There are the sacrifices you have to make, because you don't have your family with you all the time, so you have to be strong, too. And you have to believe in you, in yourself, that's really important. [2012]

Who is Madalina Diana Ghenea?

Madalina Diana Ghenea is a Romanian actress, producer, and model. She is popular for her amazing appearance on Borgia (TV Series) as Dorotea Malatesta.

Her upcoming film House of Gucci as Sophia Loren is in the post-production stage.

Her birthdate is 08 Aug 1987 and she was born in Slatina, Romania. The name of her mother is Constanța Ghenea and father is Dumitru Ghenea.

Madalina’s ancestry is Romanian and as per her academics, she was a student of National College Ion Minulescu.

Madalina Diana Ghenea as a model is represented by agencies such as AMT Models, Major Model Management, and MRA Group of Agency.

She is a popular face of the entertainment world. Her first screen appearance was with the film I soliti idioti: Il in 2011.

She then was seen in other big projects titled The Mongrel as Dorina, Dom Hemingway as Paolina, Youth in 2015, Zoolander 2 in 2016, Legacy in 2019, and more.

In 2014, she was seen in four episodes of the TV series Borgia as Dorotea Malatesta.

As of 2021, her net worth is around $500k (estimated). The salary plus other incomes of her are unable to track.

This The Mongrel actress is keeping herself away from rumors and desperate scandals.

Madalina Diana Ghenea’s height is 5 ft 11 inches and her body weight is 60 kg. Similarly, she has hazel eyes and has hair in dark brown color.

Madalina is available on other social sites. On TikTok, she is followed by more than 22k fans. Also, she is popular on Instagram and Twitter and has over 1M and 13k followers respectively.