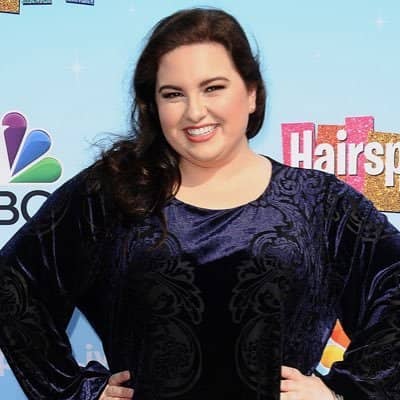 What is the relationship of Maddie Baillio?

Recently, she has been sharing a picture of a guy who is seen hugging her and accompanying who could be her boyfriend.

However, this is not the first time she has shared a picture of a guy spending cozy time with her. Therefore, we can’t be sure until she officially confirms her relationship with someone.

Currently, she is happy with her life and enjoying every second with her family and friends.

Maddie Baillio is an American film actress and singer. She is best known as ‘Millie Mitchellchuck’ in the hit comedy film Dumplin’.

Her parents’ names are Stephanie Baillio and Blu Baillio. She has an elder brother with whom she grew up. Besides this, there is not much information available on her early life.

She is of American nationality and has a mixed ethnicity of English, Cajun/French, Cuban, and 1/32 Portuguese.

Talking about her education, she graduated from Marymount Manhattan College.

Baillio was nominated for MTV Movie + TV Award for her role in Hairspray Live!

Maddie started her career in a television special Hairspray Live! in 2016 as Tracy Turnblad. This role got huge recognition and was much loved by the audiences and critics.

After that, she was seen in many TV shows in 2016 such as The 90th Annual Macy’s Thanksgiving Day Parade, Today, Access Hollywood, and Access Daily.

Besides TV shows, she has acted in the hit comedy film Dumplin’ and a romantic musical film based on the fairy tale, Cinderella.

Even though she earns a hefty amount from movie and Tv musical appearances, she has not let out the information on her net worth, salary, and asset value.

There are no rumors or controversies related to her professional or personal life.