Maddie Lambert is an American YouTube Star well known for being a Teen Mom. She is currently single.

She is a single mother to her 2 years old daughter Everly Joy.

She gave birth to her daughter Everly at age 14 born on January 15, 2018. Her mother was extremely supportive since the first day after they found she was pregnant.

Previously she dated a boy named Issac Frausto who is also the father of Everly Joy.

They maintain a good bond and take care of their daughter. 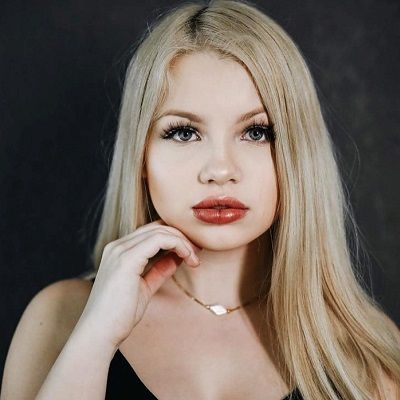 Who is Maddie Lambert?

Maddie Lambert is an American YouTube Star well known for being a Teen Mom.

Maddie came into the limelight for documenting her life as a teen mother through regular vlogging.

Maddie was born on April 11, 2003, in Texas. Her mother’s name is Melissa Dossett. She has four siblings.

Maddie started her self tilted YouTube channel in August 2017 and uploaded her first video titled Giving Birth at 14. Since then she has been uploading various vlogs, Q n A, reaction videos and videos related to her child and motherhood experiences.

She has uploaded 81 videos to date.

Meeting her dad for the first time which has 8 million views and Parents at 14 Q&A with 5 million views are her most-watched video on youtube. Other videos are Teen Mom Sleepover With Maddie Lambert, I Had To Rush My Daughter to the ER, 15-year-old Mom night routine, Bringing my baby to high school and many more.

She uploaded her recent video, WHAT WAS I REALLY LIKE BEFORE I GOT PREGNANT on 21st January 2020.

How Much does Maddie lambert Earn?

Annually, she earns around $500K from her youtube channel calculating the daily views and growth of subscribers

Maddie was dating a boy named Issac Frausto. She believed that their relationship was a serious one. However, as they were too young, their emotions got the best of them and they broke up.

After they broke up, she started missing her periods and felt nauseous. But, she didn’t pay much attention because it had happened to her before. Her health was getting worse so, she visited the doctor. Doctors ran some tests.

The results came out and she was already 12 weeks pregnant when she was just 14. She gave birth to a beautiful girl named Everly without the presence of Issac.

At present, she and Issac are just friends and are doing what they can to support and love Everly. He frequently appears in Maddie’s YouTube videos.

The YouTube star has hazel eyes with naturally blonde hair. She is 5 feet and 2 inches tall and weighs around 50 kg.

You may also know about net worth, body measurements and early life of Kristyn Cheyenne Floyd, Catelynn Lowell and Tyler Baltierra.