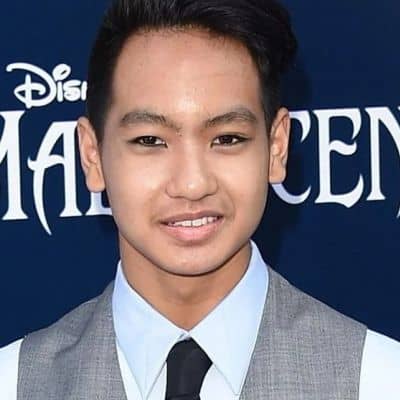 Who is Maddox Jolie-Pitt Dating?

Maddox Jolie-Pitt at the present time is possibly single. He has not shared the current details of his girlfriend or affair.

However, in 2014, his mother Angelina shared that, Maddox has an English lovely girlfriend. Since then, further details of his girlfriend have not been revealed and it is not confirmed whether they are together or not at present.

Who is Maddox Jolie-Pitt?

Maddox Jolie-Pitt is an actor and producer. He is famous for his work in VH1: All Access, By the Sea, and First They Killed My father.

He is also an American celebrity child, known for being the adopted child of an actress, Angelina Jolie.

While visiting Cambodia with the intention of adopting a child, Angelina Jolie and her former husband, Billy Bob Thornton, decided to adopt him. After long legal proceedings, Jolie took custody of him in Namibia.

Later, Jolie’s second then-husband showed interest in adopting Maddox. After that, She filed a petition to change Maddox’s surname from Jolie to Jolie-Pitt.

Talking about his siblings, He has five half-siblings named, Pax, Zahara, Shiloh, Knox, and Vivienne.

However, his educational life has not been shared by his parents yet.

Maddox Jolie-Pitt has actively attended various events along with his parents. He was also the world premiere of ‘Maleficent‘ in Los Angeles.

In 2006, he made his television debut, by appearing in one of the episodes of the VH1: All Access, a popular series.

Following that, he appeared in the Marc Foster-directed film, ‘World War Z‘ in a minor role. In the movie, his non-biological father, Brad Pitt was in the lead role while Maddox portrayed a Zombie.

In 2014, he got an opportunity to meet Queen Elizabeth II, at the famous ‘Buckingham Palace’ which floated him in the headlines. Similarly, he appeared in a minor role in ‘By the Sea‘, a drama-romance film. His mother, Angelina Jolie is the writer and director of the film.

In 2017, Maddox made his debut as an executive producer, for an autobiography drama film, ‘First They Killed My Father.’ The movie is based on Loung Ung’s book of the same name, which made her Angelina Jolie’s directorial.

The film premiered at the 2017 Toronto International Film Festival and Telluride Film Festival. On September 15, 2017, the movie was released worldwide on Netflix.

According to the sources, the net worth of American celebrity child, Maddox is estimated to be approximately $1.5 Million.

Though, his salary and income have not been disclosed yet.

This ‘First They Killed My Father’ executive producer is keeping himself away from scandals as well as rumors.

The handsome actor, Maddox stands at the height of 5 feet 5 inches weighing about 63 Kg. However, his other body measurements like chest, waist, and hips sizes have not been disclosed.

Talking about his physical appearance, he has dark black eyes and hair of the same color as well.

Talking about Maddox’s social media presence, he does not seem to be fully active on it.

There is an unverified Instagram account under his name, which has garnered about 7.1K followers. Though, any new posts have not been shared since, May 13, 2018, after posting his picture on the same day.

Other than that, there is also a fan-based Twitter account under his name, which has approx 580 followers only.