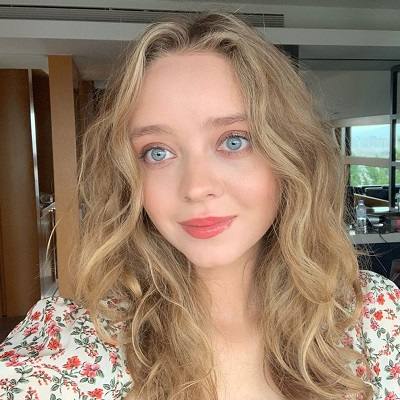 Madeleine Arthur’s current relationship status is possibly single. There is not any information about her dating.

Perhaps, the actress is waiting for the love of her life.

Who is Madeleine Arthur?

American-Canadian Madeleine Arthur is a Joey Award-winning actress. Arthur is renowned as Christine of To All the Boys: P.S. I Still Love You and Jane of Big Eyes.

Next, she will be appearing in the To All the Boys: Always and Forever, Lara Jean as Christine.

Madeleine Arthur was born on the 10th of March 1997 in Vancouver, British Columbia, Canada. Her father, Brian Arthur and mother Jane Arthur are of Scottish-Irish-Welsh ancestry.

She graduated from Sir Winston Churchill Secondary School in Vancouver, British Columbia as a valedictorian.

In 2011, she started her career as an actor with the TV series, R.L. Stine’s The Haunting Hour. In the adventure drama, she played the character of Meg. However, her role in the series was only limited to the single episode, Dreamcatcher.

After that, she took a break of two years from acting. Later, she resumed her career as an actor with the series, The Killing. The same year, she landed up on other series in some minor roles.

Her career took a great turn when she was cast in the series, The Family as Young Willa Warren. After the series, Madeleine became a renowned name in the TV world.

Apart from the series, she is also active in the movies. In 2014, she made her movie debut with the horror movie, Grace: The Possession as Sally.

How Much Her Movies Earns?

Arthur will be continuing her career as an actress. Currently, the actress is busy with her shooting schedule for the TV series, Snowpiercer where she will portray the character of Nicolette.

Also, she is appearing in the next sequel of To All the Boys. The series is in the stage of post-production.

Till the date, the actress has managed to remain out from any sort of controversy that makes news in the media.

She is a blue-eyed blonde. Her height is 5 feet and 4 inches.