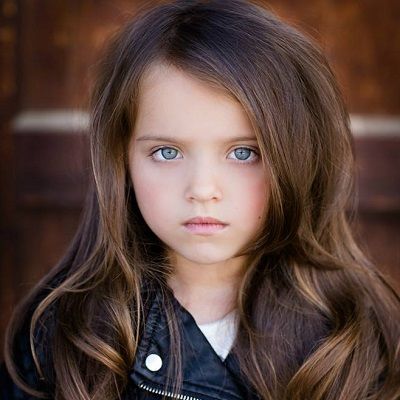 What is the relationship of Madeleine Grace McGraw?

Madeleine Grace McGraw is a 10-year-old girl. She is at a very young age to be in a relationship or have a love life. As of now, she is single.

Who is Madeleine Grace McGraw?

Madeleine Grace McGraw is a 10 years old child TV actress. She is known for the role of Amber Barnes on the show Outcast. Similarly, she is famous for her role as McKenna Kyle in the 2014 movie, American Sniper.

Not only acting she is involved in modeling as well.

The child actress Madeleine was born on 22nd December 2008. Her birthplace is the USA and she is from San Jose, California.

Similarly, she has a twin brother named Aidan McGraw. Her big brother Jack William McGraw is also a popular child actor and also a voice actor.

Her brother was a nominee for the 2016 Young Artist award. He gave a voice for the animated movie “The Nice Dinosaur”.

Likewise, she has a younger sister named Violet McGraw. Not only Madeleine and Jack all the siblings of the McGraw family are a part of the movie industry.

Her nationality is American and she belongs to the Caucasian ethnicity.

Mentioning the beginning of her career, she said that she started acting by accident. Her little sister was signed by the San Francisco agency at first. Her mother was not ready to involve all of them in modeling.

But when the photographer of her sister Violet met them he told the agency about them. So, they all were signed by the agency.

She was first auditioned for Ralph Lauren and she was booked. After that, she spent some days in Sonoma shooting for them.

The young actress has made her name popular as a rising star in the entertainment industry. Her film debut was as McKenna who is Bradley Cooper’s daughter in the Academy Award-nominated film American Sniper.

In the year 2016, she starred in the drama TV series Outcast. It premiered on 3rd June 2016 on Cinemax/Fox International. Her work as Amber Barnes, the daughter of Kyle was a scene-stealer.

When she was five years old, on her birthday she was cast in a SAG feature film “Hide and Seek”. Similarly, she has guest-starred in many shows including the Fox hit show “Bones” and ABC show “Selfie”.

She gave her voice as Rita on the animated series Clarence for Cartoon Network. Also, she voices Maddy McGear for the anticipated Disney/Pixar’s Cars 3.

The child actress Madeleine has around $1 million net worth. At a young age, she gained huge success. In the future, she might accumulate more money.

The 10 years old actress has a height of 4 feet 6 inches and has a decent weight. Similarly, she has brown hair and hazel color eyes.